The gang is back after some unfortunate events caused last weeks episode not to happen, yet episode 11 may be, as Liam says, “our best episode yet”. Evan, our house MLB agent, gives us all the juicy details on the Jake Arietta trade from Chicago to Philly, as he states that Philly has a winning culture despite winning a World Series with Chicago in 2016. We also discuss Richard Sherman’s flip from Seattle to a divisional rival in San Fran, and Evan truly still believes in his 10-6 take. The boys dive into Leafs talk as always, which takes a sharp turn to Stanley Cup talk. We all love Vegas and would love to see them win seems to be the common denominator, however many teams are making playoff moves and we’d love to see Ovi win a cup. 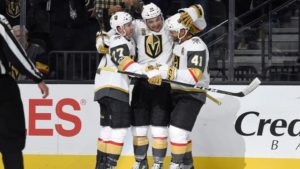 In NBA news, the Raptors snapped the Rockets win streak, and as a potential NBA Finals match-up, they look smoking hot to conquer the east and take a championship home. Staying on topic with basketball, the gang talks March Madness, and even with the boys discussing what a dumpster fire of a take Hayley has on Ohio State winning it all, she stuck to it. We pick our final 4, and inevitable winners, and as always talk our 4 stars of the week, and though Laine got a star ad is more than deserving of it, he was also awarded with our favourite hiatus segment, Come On Man, for his absolutely atrocious facial hair.