What’s up Golden Hawks!! DJ Mola and DJ Kayles here with your weekly update on the blog. We hope you’re gritting through the last little bit of the semester, we are both RATTLED that it is almost the end of the year, another year has flown by in the nest of the Golden Hawk. Our show this week was fairly laid back, and we thought we’d take a break from the themes and just compile a list of tunes that we’ve really been enjoying lately. Tracks from Kendrick Lamar, Prince, and Sticky Fingers were played, filling this show with groove and soul. Over the course of the hour, we debated heavily the increased strictness of St. Paddies day festivities, and how many students who don’t attend Laurier are feeling a little reluctant about attending the madness that kicks off on the 17th. For us personally? As a wise man once said, party on Wayne, party on Garth. 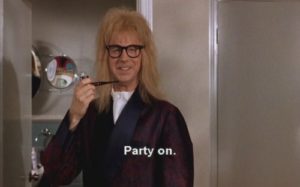 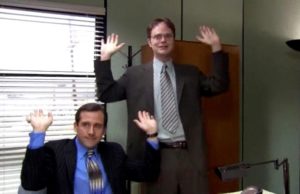 As I said at the beginning of the post, we played a great band Sticky Fingers on the show this week. If you haven’t heard of this band, it’s definitely worth your while to give them a listen. Coming all the way from Sydney, Australia, this groups music has elements of ska, reggae, and indie all incorporated into one. Definitely a group to add to your summertime jam list.

On the dock for this week was discussing and honouring (dramatic, I know) the 29th Anniversary of De La Soul’s first album 3 Feet High and Rising. If you listen to our show frequently, you already know that Kayles and I have a huge spot in our hearts for classic old school east coast hip-hop, De La Sol and A Tribe Called Quest especially. On March 3rd, 1989 this album dropped, and to say it helped to shape the hip hop landscape from there on is an understatement. This incredible trio brought forth a new, fresh, but most of all- fun style of hip hop that many had not heard before. Writing playful lyrics and layering them over classic tunes from bands such as Steve Miller Band and The Turtles was this groups speciality, and is what differentiated them from all over hip-hop artists at this time. A full lineup of tunes from this band can be found on Spotify, but to listen to this album you’ll have to dig into the archives of Youtube. 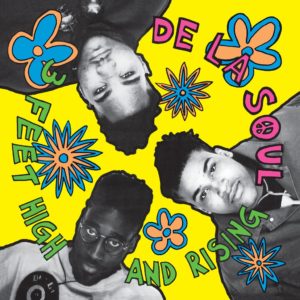 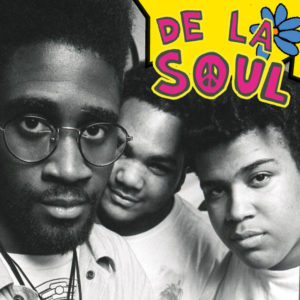 A full trackless of all the songs we played will be posted below as per usual, and until next Tuesday we wish you all an incredible week!! Stay fresh Golden Hawks.