Do you love celebrities and live for their updates? Do you hate missing out on the top entertainment and media news? Well look no further! Welcome back to Entertainment Insight, the go to place for all things entertainment news!

Sunday February 4th, 2018 was a day to remember folks! Not only was it the 52nd annual Super Bowl featuring Justin Timberlake putting on amazing half-time show but fans finally found out the truth about Kylie Jenner and her possible pregnancy! On the 4th Kylie Jenner released a video titled, “To Our Daughter” which portrayed the 9 months of Kylie’s hidden pregnancy, showing her growing belly, her baby shower, and other clips of her life that was hidden. The video also told fans that Kylie indeed had her baby girl on Feb 1st. The name of Kylie’s daughter was not released until later, with rumours that it could possibly be Mariposa. But Kylie Jenner ended up naming her new daughter Stormi. Within the video we see footage of boyfriend and father, rapper Travis Scott as well as the first look at Kim Kardashian and Kanye Wests newborn daughter named Chicago. Kris Jenner is a genius!

Beside the Kylie news, February 4th also entailed for an amazing half-time show performed by former N’SYNC member Justin Timberlake. Timberlake played his best hits, had incredible dance numbers, gave a tribute to the late Prince, brought out a marching band, and said hello to the crowd. Timberlake did an incredible job and left a memorable performance. The Super Bowl, although is known for the football and half-time show we can’t forget about the memorable ads that are aired. A commercial aired by the Truck company RAM came under scrutiny for the seen exploitation of Black History month when using footage of riots and protests as well as clips from Martin Luther King Jr’s. famous speech.

Stay tuned for next week when Entertainment talks all things love on the special Valentines Day edition on February 14th! 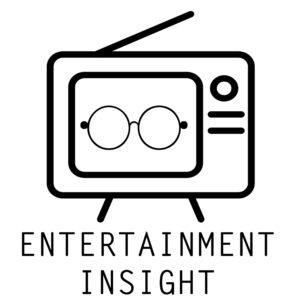