On the Super Bowl edition of the podcast, we welcome special guest, avid Pats fan and co-president of SML Alex Watson to the show, as he attended the game in Minneapolis and shared his experience of seeing the game first hand. We discuss whether some plays were actually catches, how the Eagles perfectly executed their 4th down runs, how Tom Brady should’ve made that catch, and the strip sack that changed everything. As Hayley predicted from October, the Eagles did win the Super Bowl, and although there may be some turnover in players as there already is in coaching, we see the Patriots going to Super Bowl 53. 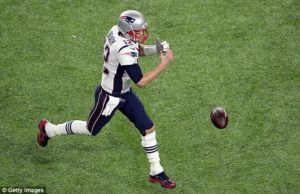 As for other sports, Liam gave a preview of the Olympics, seeing Olympic Athletes from Russia, Sweden, and Canada as opening favourites in the hockey portion of the 2018 Olympics after the NHL controversy as this year’s games will not include any current NHL athletes. We also discuss our favourite Olympic sports other than hockey, and send our best wishes to all our fellow Canadians who we know will make us proud. Evan as always talked Leafs, as always, and with the trade window closing soon they predict whether the Leafs are going to buy or sell. The NBA has no shortage of trade rumours either, and we talk where Lebron will end up in his future endeavours. The 3 star came mid-segment today, but Liam refused to end the show without letting everyone know that Tom Brady messed up. 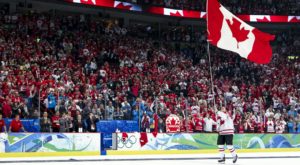