Hello and welcome to the January Wrap up of Hawk Eyes recapping the busy month that has just concluded.

For this month we really tried to bring in some special guests to interview to help give you, the listener a more inside scoop at what its like to be a Laurier athlete. This month we brought in OUA MVP, wide receiver for the Laurier golden hawks #19 Kurleigh Gittens Jr. He gave us a look at what life is like for him post season as well as took some time to reflect on his record breaking season.  We were also able to bring aboard rookie quarterback Connor Carusello and reflected on his first year as a Laurier athlete and some of the trials and tribulations he experienced as a rookie and some his goals for next year. 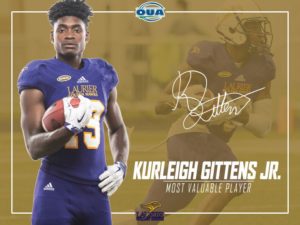 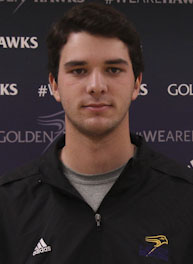 We also continued our coverage of the Women’s hockey team and their continued growth throughout the season.   They finished the month 1-6 but were able to cap the month off with a strong victory against the Windsor Lancers with a score of 4-1. There were some outstanding performances on display by the women’s hockey team, especially by their goaltender Hannah Miller, who was absolutely stellar in the 3-1 loss against Western stopping  a whopping 43 out of 45 shots.  It has been a truly difficult season for the women’s team but they continue to battle every game they play and never show any signs of rolling over presenting a lot of promise for the upcoming seasons ahead. 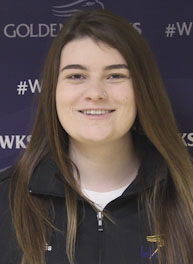 The new year has so far not proven to be very kind to the men’s varsity hockey team as they finished the month of January with a 3-5 record after their strong 10-6 finish to 2017. They currently sit in 5th place in the West division and very much in the thick of the playoff hunt. Looking to hopefully turn their season around and make a final push for the playoffs the men’s team will finish the season against the 9-16 Waterloo Warriors and the 11-14 Lakehead University.

The Women’s basketball team continued their roller coaster season with a bit of new years hangover at the return of their season but have recently been finding their stride as of late and finished the month of January strong with a record of 4-5 winning their last two games of the month against Waterloo and Brock. Nicole Morrison has continued to lead the charge averaging for herself over 20 points a game and has continued to establish herself as one of the premier players in the league that opponents simply have been unable to stop and can only hope to contain. 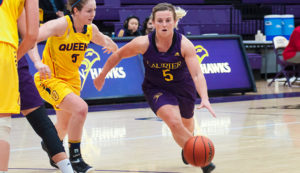 The men’s basketball team have been on a tear throughout the month of January finishing the month with a strong 6-3 record. Led by point guard Tevaun Kokko the men’s team has been proving that they are for real and are looking to make a strong case as championship caliber team in the upcoming playoffs.  Also behind the emerging Ali Snow the men’s basketball team has been firing on all cylinders in January and look to continue that trend as they finish up their season against Western, Guelph, and Lakehead.