In this instalment of The Sidelines podcast, the gang covers NHL all-star weekend, along with their weekly gush over Brock Boesser, and mourn the loss of NHL legend Jaromir Jagr as he clears waivers and will return to the Czech Republic to play for a team he has ownership of, a real life Jackie Moon. 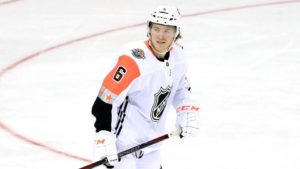 The boys also dive into their Leafs talk as always, as apparent NHL scout Auston Matthews was trying to recruit Drew Doughty to play for the buds. In NBA news, a really unexpected and random trade came from the Pistons and the Clippers, as Los Angeles traded away Blake Griffin for Avery Bradley, Tobias Harris and some draft picks. We don’t see how the trade will benefit either team, but I digress. 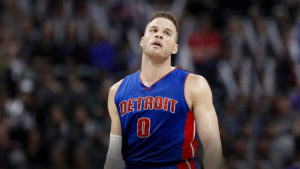 In college hoops, UNC and Duke lost on the same day for the first time since 1973, and OU and WV went down on the same day as well. We touch on Premier League news, CFL news, and of course some MLB offseason talk as we say farewell to a Blue Jay favourite in Ryan Goins as he heads off to a new journey in Kansas City. If the lack of football talk was not one you liked, stay put as next week will be our Super Bowl LII special on The Sidelines, with a special guest.