This weeks show was A-1 as we not only celebrate the end of the week, but also the start of what is about to be an amazing December! This week alone has been a hectic one with the latest celebrity gossip, trends, new remixes, and… Bitcoin?

American actress Meaghan Markle and Prince Harry have announced their engagement, the royal couple are set to marry sometime during May, 2018. This news has uplifted everyone around the world, well… possibly with the exception of anyone that’s a fan of the television series Suits. I’m a huge fan of the series and regardless of what the speculation was, I was hopeful that the series would be brought back with another season. Without Meaghan Markle it seems unlikely that there may even be another season. But who can blame Meaghan? she’ll be traveling the world with her fiance or at home in a castle sipping tea and eating scones with the Queen of England! 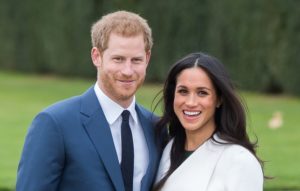 Whether or not you follow soccer, you definitely know that the World Cup is going to be the biggest event of 2018, and if you didn’t you heard it here first! Where it seems impossible that a corrupt organization would be hosting one of the biggest events of 2018 in Russia! The World Cup Draw that took place on Friday doesn’t seem to fixated. With Italy not even qualifying to compete in the tournament, my prediction for the top four teams are Germany (of course), Brazil, France, and Spain.

Remember that time when everyone thought that Bitcoin was some worthless virtual currency? I think it’s fair to say that the term “worthless” has an entirely new meaning now, after Bitcoin shares shot up they are now worth $14,000 per Bitcoin. Now I don’t know much about investing in Bitcoin, although now I wish I did. What I do know is that in life you can never have too many friends. Especially with Christmas around the corner, the time of gift giving to be around friends and loved ones, you can never go wrong with carrying on friendships with friends and making new ones… especially making new ones. Which is why I have decided to open up my availability (we can call this a pre-new years resolution) to all Bitcoin investors that have made all this money and need a friend to spend it on, just know that you’ve got a friend in me 🙂

We took a look at the most liked Instagram pictures and the most common places in Canada where people like to take pics for the Gram!

3 – Selena Gomez in Hospital with her friend

Speaking of Instagram and Selena Gomez, Selena claims that her and the Weeknd are on good terms yet she unfollowed him on IG… that’s harsh but at least the Weeknd reciprocated the favor by following Selena back. You just can’t help but imagine what Selena’s reaction would be in a situation like this if she found out that Justin Beiber started following the Weeknd.

Starting December 4, the Dining Halll will be honoring Oreo’s with various desserts made out of Oreo cookies for the month as well as various challenges to get you through the exam season!

If your’e ever on Campus often enough then you are aware of the infestation of Crows. Not only is it a hassle watching where you walk, but also making sure there is nothing falling above your head. After talking to multiple victims of the crow droppings, it seems that those with a phone out are more likely to attract crows as they fly towards shiny objects. So next time your’e outside, DO NOT start taking selfies with the crows unless you want to be their waste disposal unit!