Welcome back to Press Start to BGN, Laurier’s gaming show by a bunch of Game Design & Development students here at Laurier’s Brantford campus. The program is very new and so is our show, so for those who don’t know Game Design & Development is headed by Dr Scott Nicholson through the Brantford Games Network or BGN, hence the name “Press Start to BGN” which sounds like “begin.” This week on the show we talked more about the lootbox madness as well as some of the superhero games we like.  Thanks for tuning in!

Hey everybody! Check out what came out this week!

In light of all the hype for the Infinity War trailer, we decided to talk about everyone’s favourite superhero game, as well as what we thought would be the best superhero game for a specific publisher to make.

Connor: Our fellow Game Design student and guest for this week cited Injustice 2 and Arkham City as his favourite superhero games. Connor then talked about how he’d love to see PlatinumGames do something with the whole superhero theme, hopefully with something similar to NieR: Automata. 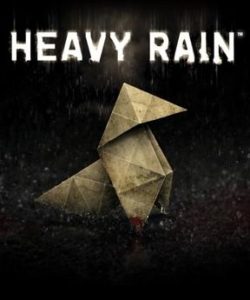 Jelena: Yours truly, who has unfortunately not experienced a lot of superhero games, talked about the brief but enjoyable moments I had with Injustice. As for a game I’d like to see come to life, I really couldn’t make up my mind.  I’d love to see something narrative heavy done to Punisher’s origins, similar to Heavy Rain. However, I would not be opposed to an extremely violent, guns ablazing Punisher game.

Stephan: Being the big Batman fanboy he is, Stephan talked about the brilliance behind his time with the Batman Arkham series. With regards to the dream superhero game, he went into detail as to how, despite his love-hate relationship with this company, he would love to see Telltale do something with the X-Men, since there are so many stories they could follow.

Got any topics you’d love to hear us to cover next year? Let me know! You can hit me up on Twitter @j_vulic98 or with my Laurier email vuli5850@mylaurier.ca.

I don’t really have a theme this week… themes are hard. So here are some songs I think you’ll enjoy! These are the songs I used:

Intermission 2: The Internet- Get Away

I’m your man for all editing and music on this show. If you have any questions, or have requests for songs, don’t be afraid to email me at ladx3790(at)mylaurier(dot)ca!