Welcome back to Press Start to BGN, Laurier’s gaming show by a bunch of Game Design & Development students here at Laurier’s Brantford campus. The program is very new and so is our show, so for those who don’t know Game Design & Development is headed by Dr Scott Nicholson through the Brantford Games Network or BGN, hence the name “Press Start to BGN” which sounds like “begin.” This week on the show we talked about the new Animal Crossing Mobile Game and a lot of other stuff.  Thanks for tuning in! 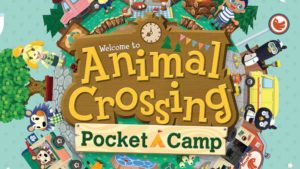 This week we talked about our biggest gaming pet peeves.

Me: I talked about bad saving systems (because I die A LOT in games. Like a lot. Just ask Paris.) and agreed with Stephan when he brought up the damsel in distress trope (because it’s a dumb and overused trope. Gimme more stuff like Mulan please).

Stephan: The blond boy wonder went off, talking about unskippable cutscenes, bugs (lookin @ u TellTale), the Betty/Veronica trope, and the damsel in distress trope.

Eden: Our newest host discussed horribly placed cutscenes and how they detract a player from the game, especially when the cutscenes have cool stuff happening and you do the boring stuff after.