In this week’s episode of Sports Management Laurier’s The Sidelines Podcast, we dive right into the top scores and sports headlines of the week.

In NBA news, we look at Lonzo Ball’s terrible start to his NBA career, but how he stacks up against other players, as well as a slight insight into NCAA basketball looking at his little brother LiAngelo’s return home from China. We also take a look at the beats in the east, the Boston Celtics, and how Kyrie refuses to let LeBron be better than him.

Though a slow week in NCAA football, we take a look at the Baker Mayfield incident of how he behaved poorly during the Kansas game and how it could affect not only his chance at a Heisman trophy but his position in the draft as well, similar to another young star who has had the same fate that we discuss. 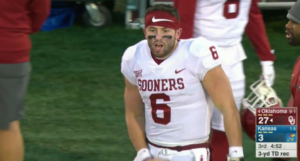 In NFL football, we talk about the absolute unreal comeback Drew Brees and the New Orleans Saints made against Washington while down by 15 points. We also look at the Patriots vs Raiders game in Mexico City, though a blowout, the winning Pats coach Belichick did not seem too happy with where the game was played.

We end off our show talking about Hockey, looking at our personal Stanley Cup favourites the Maple Leafs, as they played superb without Matthews, and his return was nothing short of extraordinary, but now they are falling back into their old ways. We also discuss the rise and fall of great teams, and how dynasty teams are having seemingly bad seasons recently. 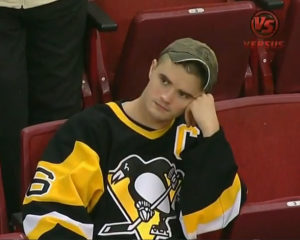