The weekend is coming! Come and celebrate the end of every week here on After Class – Hawk House with DJ Lush and DJ Shrey.

Not only are we celebrating the end of the week, we are celebrating the start of November! It only seemed right to invite a special guest onto the show, someone new to the University life that could share their experiences as a first year. We are delighted to have had the opportunity to have Ravi Patel from Wilfrid Laurier University on the show with us.

Life as a first year student:

As a first year student himself, Ravi shared some of his experiences with us, the highs and lows of his first 2 months as a Laurier Golden Hawk. From commentating  varsity soccer matches to being posted on Laurier’s mainstream meme page @Spotted_at_Laurier not once but twice for accidentally letting his friends post messages in Laurier group chats that later got exposed. Ravi formed a few of the tips that he wish he could tell himself at the start of September:

Life Hacks of the Week:

If anyone knows DJ Shrey well enough, they know he loves his sleep more than anything. The only problem is that with classes every day at either 8:30am or 9:30am, waking up is by far the hardest part of DJ Shrey’s day. Inspired from the student that dropped out of school so that he could sleep… talk about inspiration! We have a helpful hack for morning, or any class really if your’e the kind of person that needs to listen to music to stay awake. Simply put an earbud through your sleeve and rest your palm against your ear, VOILA!

P.S – (This hack doesn’t work well when all you wear is a t-shirt, so hopefully it will be more motivation for you to dress for the weather this winter!) 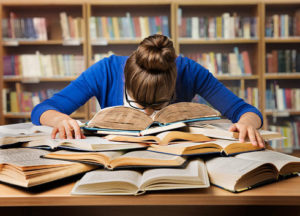 What a week it has been, soccer super star Patrice Evra will be parting separate ways from his club Marseille after kicking a fan that had been provoking him. Evra may also face months of suspension from playing in any European stadium.

In other news, Evra isn’t the only one who has been split up from his support team. Kevin Spacey, the man who some of you may know as the House of Cards actor and others know him as the dreadful man that admitted his sexual preference to divert attention from the fact that he has been accused in a sexual assault case. Where we discuss celebrity treatment on the show, it is nice to see that Kevin’s agency and publicists have dropped him and no longer want to associate themselves with the man.

When you thought that was all that could happen this week, there is more! With Stranger Things hitting the rankings on Netflix this week, British actor Charlie Heaton who plays Johnathan Byers on the show was caught with traces of cocaine at the Los Angeles airport and denied entry into the US.

Cats Vs Dogs – The debate of the Century

During the show we had a little debate to determine the better pet between dogs and cats, let’s just say fish won!

With Ravi taking the side of dogs he discusses how dogs are mans best friend. Protective and friendly to their owner, always doing something productive rather than cats that just sit their. Cats can’t fetch of follow commands, they are disrespectful and only like you when you feed them.

DJ Shrey took the side of cats, mentioning where everything that Ravi mentioned about dogs is true… cats that sit their looking cute and doing nothing is by far the better option. When have you ever walked into a friend’s house and not have their dog jump right at you? sniffing you and barking at you? A cat is more polite, does not smell as bad, and doesn’t need to be taken for a walk!

Which side are you on? 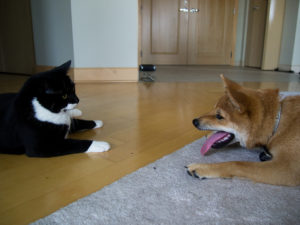 Every Wednesday the Student Union local food bank host a Farmer’s Market on the Waterloo campus in The Concourse from 9:30am – 3:30pm. You can stop by day of or make an order ahead of time.

The Food Bank provides food deliveries on a 24/7 basis confidentially supporting the dietary and nutritional needs of Laurier students. All dietary restrictions can be accommodated, and food packages typically last up to a week or more.

All Laurier students are eligible to use this service to ensure they’re eating healthy when overwhelmed, stressed or financially strained.