Welcome back everyone! It’s another Monday, this time a day before Halloween. The show wasn’t that spooky but I sure had a lot of fun (as usual). Today we focused on some harder rock, metal, and punk, and this was probably my favourite show to date. I got to play a lot of great tunes, and the second half of the show was dedicated to Linkin Park and it’s history. Their tribute show for late vocalist Chester Bennington was amazing last Friday, and I was probably in tears for about half of it. Members of No Doubt, Gavin Rossdale, blink-182, A Day to Remember’s Jeremy McKinnon, Bring Me The Horizon’s Oli Sykes, and Alannis Morissette  were just some of the people who guest starred alongside the band, and made it amazing.

Although I love Tom Delonge, it seems as though he has gone a bit insane with this supernatural stuff. He has however raised over 1.3 million dollars for his newest project, To The Stars Academy of Arts and Science.

Chester and Friends, the tribute show for Chester Bennington, took place this past Friday with many guests. You can check that out below.

Billy Corgan covered Miley Cyrus’ Wrecking Ball, so that was something to hear. Other than that, not much happening

This week, we focused on Linkin Park for the second half of our show, exploring their rich history from 1996 to present. From Hybrid Theory, to Minutes to Midnight, to One More Light, I helped shed some light on the style changes of the band throughout each of their 7 studio albums, as well as Mike Shinoda’s side project, Fort Minor. I aimed to play one or two songs from each album, focusing on my favourites, such as CASTLE OF GLASS, Hands Held High, and The Messenger. To represent the change in style, listen to all of Hybrid Theory, and then give A Thousand Suns a shot; hands down their best album.

This week’s Heavy Hitter featured Thrice with Black Honey, and Alexisonfire with This Could Be Anywhere in the World.

Jeff Rosenstock was the feature of this weeks show, a multi-instrumentalist and vocalist in the ska/punk scene, who has been in bands for upwards of 20 years. He has helped to establish this underground scene with his own record labels which distribute artists’ music online for free, only requesting optional donations. Jeff has recorded 3 studio albums in the past 5 years, and has a lot of fun with his music, while delivering very heartfelt messages. Please do listen to his newest album, WORRY. if you have the chance. You may be pleasantly surprised.

This weeks edition goes to the Menzingers, who released one of the best albums of 2017 with After the Party. The band formed in the wake of acts such as Tigers Jaw, and Bob and the Sagets, providing a refreshing pop-punk sound. If you’re into blink-182, Alkaline Trio, or anything of the sort, give them a listen.

This was probably one of my favourite shows so far. Thanks for tuning in. Cheers. 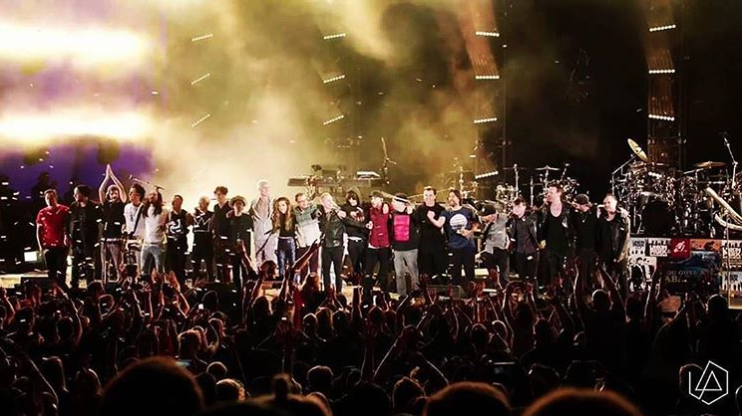