Welcome back to Press Start to BGN, Laurier’s gaming show by a bunch of Game Design & Development students here at Laurier’s Brantford campus. The program is very new and so is our show, so for those who don’t know Game Design & Development is headed by Dr Scott Nicholson through the Brantford Games Network or BGN, hence the name “Press Start to BGN” which sounds like “begin.” This week on the show we invite our new host Eden to the group! Make sure to give her a warm welcome!  Thanks for tuning in!

Here are your games for this week! Friday is looking little grim for my wallet. not gunna lie….

Aaaand that’s everything! Time to get up and find a paying job so that I can actually fund these spending habits of mine. Next week is already making my wallet feel lighter, I’m already scared…

Hey guys, Jelena here! I used to write the news, but now I’m responsible for the Topic of The Show.

This week we got to know our new host, Eden, a bit better. She’s a first year Game Design student, and we’re super excited to have her with us. Her favourite game currently is Horizon Zero Dawn and the worst game she’s played is Paris’ pre-alpha narrative Twine game, The King of Thought. The first game she ever played was Prisoner of Azkaban for the PC, and her favourite game to play with other people is Overwatch on PC, although she did add in that she prefers single-player games, and is currently struggling to get Symmetra Dragon skin (but managed to pull, much to Paris’ dismay, a Mercy witch skin).

Eden is enjoying first year so far, but is intimidated by all of the older kids, since she is only 17. Don’t worry, we assured her that most of us upper year kids don’t bite. 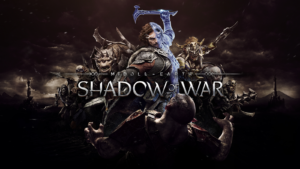