You Are Always In View

Monday, October 23rd kicked off lesson two of The School Of Rock. Your co-hosts Jeff and Mitch opened up with a heart throbbing tune from The Who. 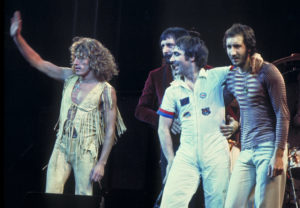 The first song always sets the bar high as the viewers could hear the iconic opening riff and the humming organ as the beginning of Baba O’Riley played out. It almost felt like 1971 as suddenly, long sideburns and TV dinners were a hit once more.

This show featured our first segment, ‘Report Cards’. Where your hosts play remixes of classic rock songs and either reward them with a gold star or a big old demerit. Up on the chopping block on this weeks segment was none other than Britney Spears. Her ‘interesting’ take on The Rolling Stones, ‘I can’t get no satisfaction’ was definitely a lot to take in. Going into this song your hosts tried to keep an open mind, however it was evident that this was a lost cause.

If you were shock with the demerit outcome I will leave you with some words from Rolling Stone Magazine.

“It’s hard to think of a way to piss off rock and roll purists more than Britney Spears covering The Rolling Stones.”

This show was not all fun and games, as it took a turn for the worse when we played our tribute to a Canadian legend, Gord Downie. We thought it was appropriate to avoid some of the mainstream songs and play a number of under-rated but brilliant pieces that a number of people overlooked. There are a huge number of hidden gems deep in their song library. 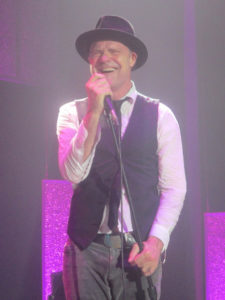 Join us next week on Monday, October 30th at 4pm for our third lesson in Rock ‘n’ Roll.

Stick it to the man. – Dewey Finn