On Monday, October 16th we (Jeff and Mitch) debuted our radio show dedicated to shining light on the music of decades past, specifically in the annals of Rock n Roll. Our opening ballad was Whole Lotta Love by legendary rockers, Led Zeppelin. We figured this raw, powerful, guitar-dominated track was the perfect song to let everyone that we aren’t messing around.

Our goal is to differentiate ourselves from your typical modern day rock stations that consist of playing music that consists of too much Kim Mitchell, Bruce Springsteen, or John Mellencamp. It’s not to say that we don’t love these artists, but it can get pretty tiresome when it’s all that you hear. We will be reaching deep into the rock music history books, playing songs from fan-favourite popular tunes to deeper tracks that people may have not heard of or may have forgotten about.

Shiver in the Dark 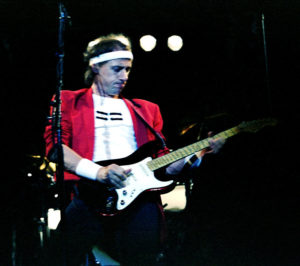 Dire Straits are one of the greatest and unique rock bands to emerge from Britain with a finger-picking guitar style like none other. Their most recognizable song and arguably their biggest hit, Sultans of Swing, was a no-brainer as an addition to our setlist for the first show. Instead of playing the original studio version though, we mixed it up a bit and threw our listeners a killer 10-minute live version played at their Alchemy show back in 1983. It contains everything you could possibly want in a song. Wild guitar solos, creative twists on the original recording, slow build-ups and fast come downs. It’s a mind-blowing performance for the ages.

Initially, we did not have a segment of our show dedicated to live performances but after we played it and received great feedback from our listeners, we have decided that each week we will be playing some of our favourite live renditions of rock songs. 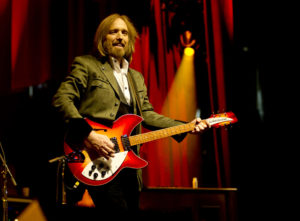 It has been a terrible year for the rock and roll community with several big name and beloved artists leaving us too soon. Included in that is the passing of influential rock legend, Tom Petty. Tom embodied the term “Heartland Rock” with conventional rock music while representing the blue-collar American lifestyle which is why he was able to capture the hearts of so many. With so many amazing songs over the years from his solo career, to the Heartbreakers, and his time with The Travelling Wilburys. To honour his passing, we laid down a personal favourite, Runnin’ Down a Dream followed by a song essentially every music fan has heard, Free Fallin’.

Please join us next week on Monday, October 23rd at 4pm for our second lesson in Rock n Roll.

For those about to rock, we salute you!