With fall reading week just around the corner, Tramo and I decided to run a fall themed show, with a little emphasis on love and Tramo’s trouble with the opposite gender.

Cuffing season is that time of year marked by the beginning of fall that allows all single people the opportunity to be in a relationship…at least until the weather gets warmer. Tramo and I find this topic just a little difficult to fully understand. He and I often find each other on the same side of arguments. Our love for soccer, the possibility of success on tinder, as well as our appreciation for Ty Dolla $ign‘s artistic contributions to the world of music. Though, we can’t seem to agree on whether the idea of cuffing season is overrated. Tramo’s seems to believe that having a companion over the winter months can definitely be a benefit. I tend to overlook that benefit, I rather not focus my attention on someone I know I won’t be with come May.

Tramo’s spent his weekend deciding if it was worth sliding in the DM’s of a girl he meet after a decade-long absence. After a long discussion in our friend’s group chat, he decided to go through with it, and ask her out for coffee. Just before acting out his intention, she posted a photo with her new boyfriend. Sorry Tramo, there are plenty of other fish in the sea for cuffing season.

With the arrival of fall Tramo and I decided to put an autumn twist on our Top Five segment. 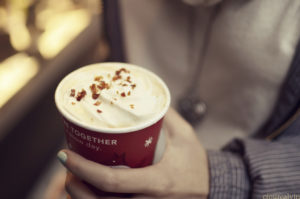