Good evening everyone! It’s been another beautiful day (even for a Monday), and with that comes another show. This second broadcast had more of a modern punk/alternative feel to it, focusing on a bunch of my favourite tunes.

We began with a classic; Spirit of Radio by Rush from 1980, followed up by Our Lady Peace’s Clumsy from 1997. This weeks segment of music history touched on Sum 41, an exceptionally talented pop/punk band from Ajax, Ontario. They were formed in 1996 and were originally called Kaspir, formed by front man Deryck Whibley. Sum 41 broke out in 2001 with the release of the album All Killer, No Filler, and the single Fat Lip. The band’s career has seen many lineup changes, while also releasing six studio albums, three live albums, a greatest hits compilation, and four EP’s, selling over 30 million records worldwide. Walking Disaster, a song from their 2007 album Underclass Hero, was played in consequence.

Following the punk-esq theme, we heard Brand New with The Quiet Things No One Ever Knows, and Paramore’s Misery Business, from 2003 and 2007 respectively.

Underground band of the week featured Alkaline Trio, a punk rock band from Chicago which was also formed in 1996. The band consists of drummer Derek Grant, bassist Dan Andriano, and front man Matt Skiba. The band has totaled 8 studio albums through their career, with the most recent, My Shame Is True, in 2013. Since 2015, Skiba has also been the replacement guitarist and lead singer for Tom Delonge in blink-182. For Alkaline Trio, I decided to play the song Sadie from their 2005 release Crimson.

In honour of Roger Waters’ tour stops in Toronto this week, I chose to play Us and Them from Pink Floyd’s classic release, Dark Side of the Moon from 1973. I am unbelievably excited to see him tonight, and I will try to include a picture in the weeks following.

Pixies played in Toronto in the past week, along with Gibly Clarke, Pup, and Logic, to name a few. Moreover, Killers, Lights, Van Morrison, Macklemore, Mastodon, Circa Survive, Foo Fighters, Ringo Starr, Gary Numan, and Bruce Cockburn all have new albums, and I recommend that you check them all out!

The Linkin Park tribute concert for their late singer Chester Bennington sold out last week in a matter of minutes. The show will feature members of blink-182, Yellowcard, Avenged Sevenfold, System of a Down, Korn, Bring Me The Horizon, and Kiaara.

Back to back featured two amazing songs from Matthew Good; Pledge of Allegiance, and Apparitions, from 2003 and 1997. The show closed out with Rise Against’s People Live Here, All These Things That I’ve Done from the Killers, and Box Car Racer’s Elevator.

Please keep the family of Tom Petty in your thoughts, as he was confirmed to have passed last night at the age of 66. Petty was an amazing musician, and will be remembered dearly in my heart, as in the hearts of many.

Thanks for the music Tom, 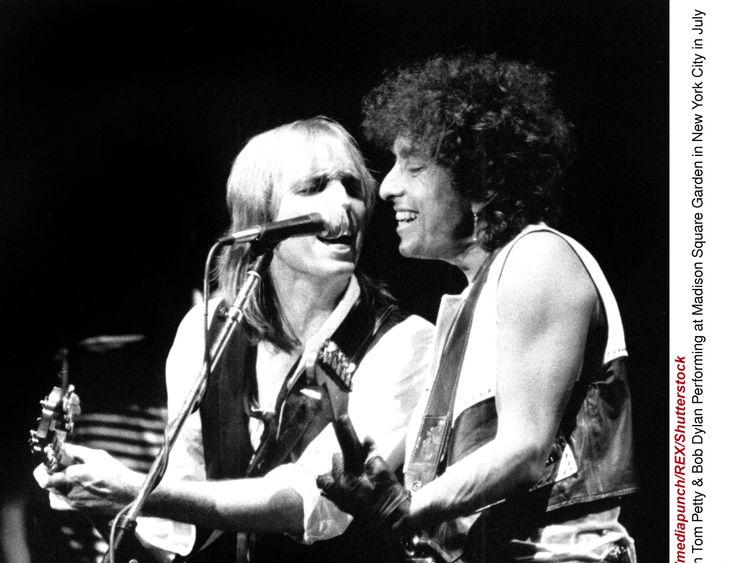