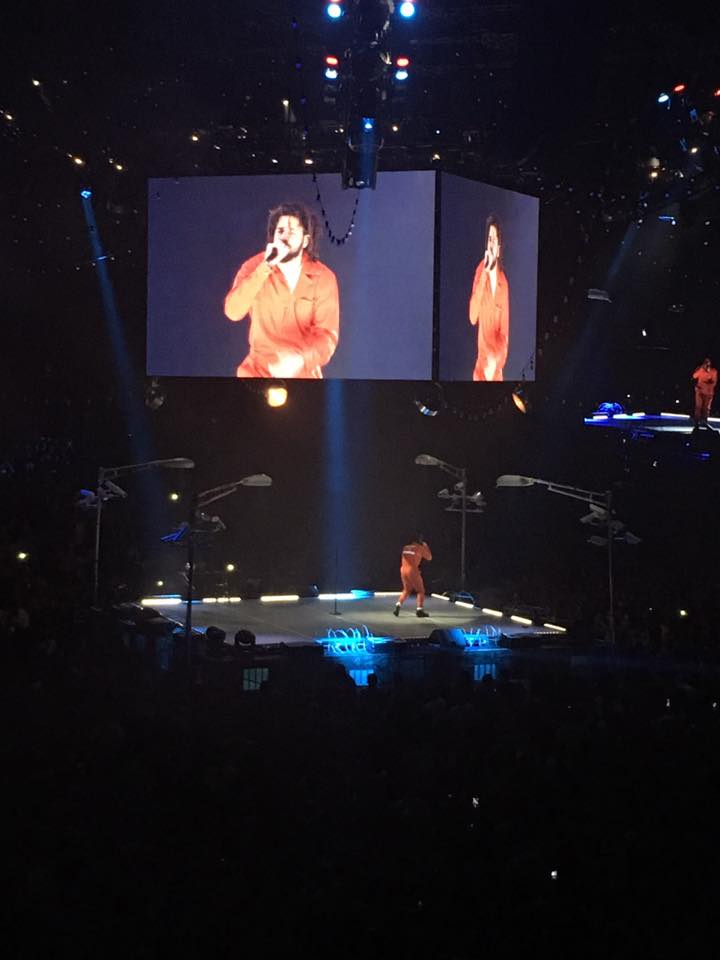 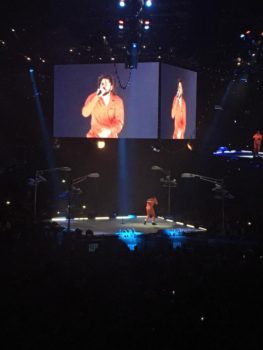 It’s been about a week and a half since the J.Cole hit up Toronto for the 4 Your Eyez Only Tour. I’ve been listening to Cole for a quite awhile, but never got around to catching him live. The last time he was in Toronto was for Drake’s 6ixth Annual OVO Fest, but I wasn’t able to score tickets.

Before J.Cole hit the stage, Anderson .Paak hit the stage with his band. He has such smooth vocals both when recorded and in person, and he is killer on the drums. He stood at centre stage initially, but then he made his way over to the drum kit and stayed there for the rest of his set. He performed “Suede”, which is one of my favourites. I especially have a soft spot for him because he has a song titled “Khadijah.” 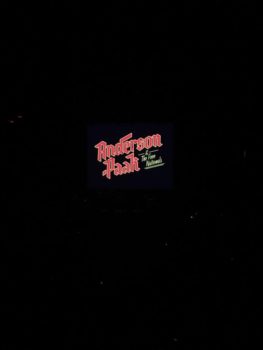 Then, the opening notes of “For Whom the Bell Tolls” off of 4 Your Eyez Only were heard. Cole came out wearing an orange prison jumpsuit with the words “Property of ________” on the back, reminding us that it is not his story, but rather an Everyman tale of sorts. In between well-timed videos and personal anecdotes, J. Cole performed every single song off the album. Yes, you read that right. He also performed classics from earlier days, including “Power Trip,” “No Role Modelz,” “Wet Dreamz,” “A Tale of 2 Citiez,” and “Lights Please.”

The room was filled with such crazy energy, and you could tell that everyone felt uplifted. Although I had seen Kendrick Lamar just a few days before, for the second time, I felt that J. Cole put so much more effort and passion into articulating himself to his fans, and performing every song from the bottom of his heart. I felt like that was the case when I saw Kendrick back in 2015, but I felt that it was more of a gimmick this time around, and almost rushed. 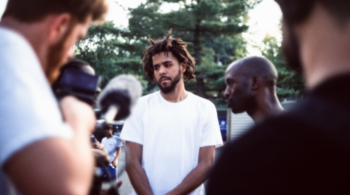 If you didn’t get a chance to catch it the first time on HBO, there is also a short film that accompanies J.Cole’s album. It is such a real and powerful story, one that has stuck with me. Click here to watch it in full.