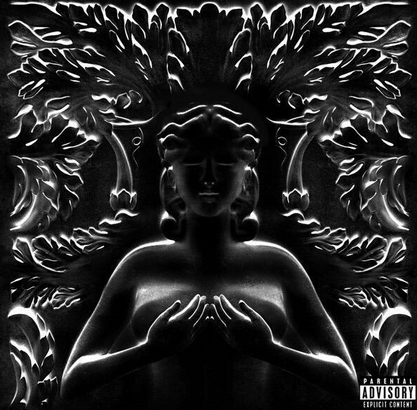 On this week’s show, we started off by discussing the recent kidnapping of an unnamed special needs male by 4 black aggressors in Chicago. In addition to torturing the victim, they forced him to say, “f*** Trump” and “f*** white people”. All of the suspects have been arrested and charged with “charged with aggravated unlawful restraint, aggravated kidnapping, aggravated battery and a hate crime”, according to an article on The Sun detailing the incident. We explored how this incident only served to heighten the already tense relations between black and white people. On the popular image sharing site Imgur, a user posted a picture of the article, claiming that the story was barely covered in the news, despite the story being covered by a multitude of national media outlets. The comments on the photo only served to illustrate the heightened tensions between races. Many people both in the comments of the post and in general, saw this incident as an opportunity to target and vilify the Black Lives Matter movement and denounce the validity of white privilege. What we felt people were failing to recognize is that that the actions of radicals within a racial group, like the KKK or ISIS, do not represent the entire populous. We also briefly touched on the recent incident in Texas in which a teenager, Zachary Kabir Anam, shot himself while handcuffed in the back of a police vehicle. Talking about this story led to the discussion of the valid of media’s reporting and sensationalism as well as resorting to violence as a means of protest when it appears that peaceful discourse is ineffective.

During our pop culture segment, we discussed the upcoming albums in 2017 we were excited to hear. Some of these albums include Process by UK soul-crooner, Sampha, Cruel Winter by Kanye West and AABA by Joey Badass. We also talked about Drake’s rumoured upcoming project, More Life and his status as a legend. There’s no question Drake has time and time again proven both his proficiency at penning relatable lines and his delivering catchy, infectious bars and melodies, but we felt that he would benefit from taking a break from the music scene. This would give his fans a chance to miss him and additionally, let the members of his record label OVO shine and be able to escape from under his shadow.

For the people/opinion segment, we discussed New Years’ resolutions and whether or not they are truly effective in people wanting to make a change in their lives. In addition, we talked about the right and wrong way to approach someone when interested, the right situations to do so and how to overcome apprehension to make that first attempt at contact.

FEATURED ARTIST
This week’s featured artist is Toronto based crooner Rimy Low Key, who blends soul and 80s synth pop to create his own R&B style entitled “Psychedelic Soul”. According to Rimy himself, “I started taking music seriously after I lost my house in a fire and needed to get back everything I lost and more”. His song, Hesitate, tells the story of a hazy, substance-fueled late night rendezvouz devoid of the pleasantries and blasé, illustrated by lines like, “Oh I came for the games for the fun/ I ain’t trying to fall in love” and “cup inside of cup when I found you/are you down for round two?”. Hesitate channels Rimy’s overall inspiration for making music as he channels his frustrations and vents on experiences he’s had with love and relationships. Once the archetypal ‘nice guy’, Rimy soon found that it led to fruitless endeavours in a society of youth where people often fail to reveal honest intentions and play frivolous games. As such, these experiences led him to distance his emotions from intimacy, no longer seeking love, which are all themes reflected in the song Hesitate. The song was produced and mixed by Versedl, a Toronto based producer in collaboration with Akeel Henry, a producer who has previously interned for Noah “40” Shebib and produced for Roy Woods, Jeremiah, KidInk & 11:11 to name a few. Th dark and heavy, brooding instrumental serves as the perfect canvas for Rimy’s soaring vocals to paint a vivid picture of one night of passion, lust and sinful satisfactions.

Check out the song on Soundcloud below:

Featured Channel: The Journey
This week we also had the pleasure of talking about Garrick’s recently launched YouTube channel, The Journey, which is a lifestyle themed vlog series featuring a range of content from fitness vlogs to comedy skits and so on. Garrick has been a long time member of The Basement and all of us are extremely proud of the content he’s currently creating via his YouTube channel. Show him some love and check out his latest video below: