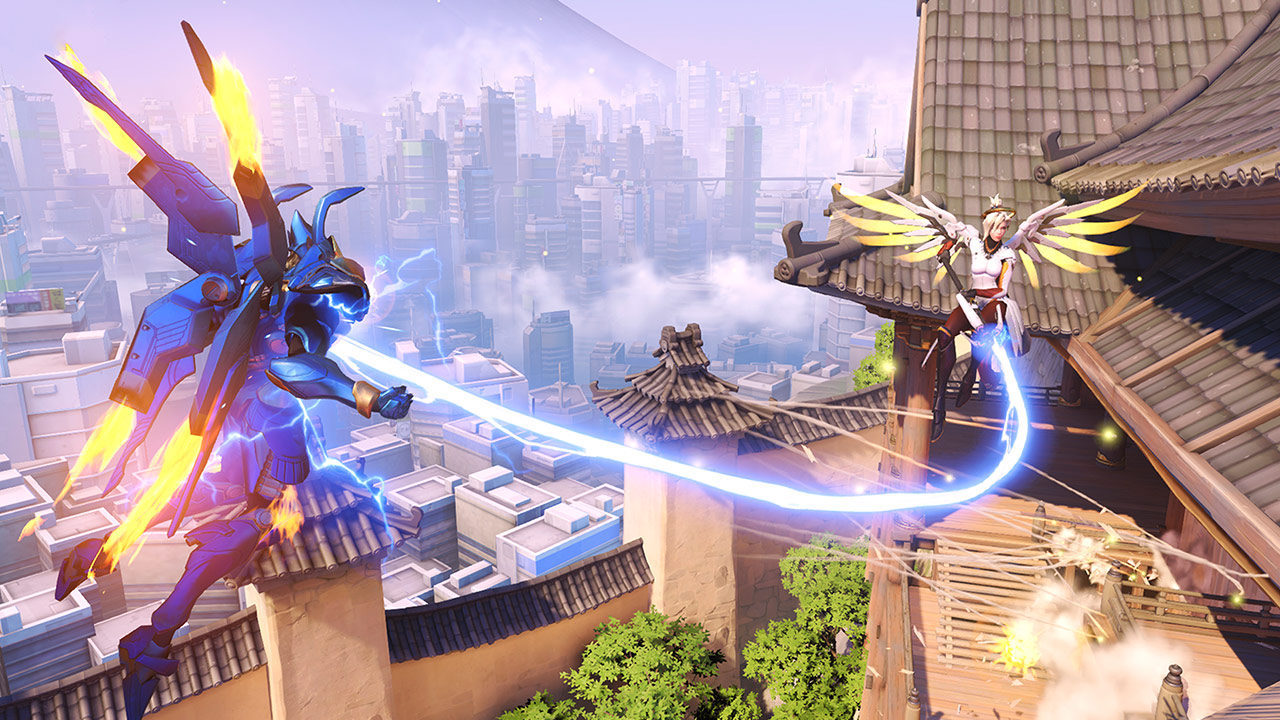 Welcome back to Press Start to BGN, Laurier’s gaming show by a bunch of Game Design & Development students here at Laurier’s Brantford campus. The program is very new and so is our show, so for those who don’t know it’s headed by Dr Scott Nicholson through the Brantford Games Network or BGN, hence the name “Press Start to BGN” which sounds like “begin.” So here’s everything we covered in our first episode of 2017, enjoy!

Topic of the Show: Our Massive 2017 Preview!

Mass Effect Andromeda
Bioware has created another instalment of their Mass Effect series set to release March 21st this year. Set aside from the original Mass Effect trilogy, Mass Effect Andromeda is set 600 years after the original trilogy and lets players choose between being one of two twin siblings, Scott and Sara Ryder. The player is tasked with exploring the Andromeda galaxy as a Pathfinder whose mission is to discover new planets for humanity to colonise. This action role-playing, third-person shooter will be available on PC, PlayStation 4 and Xbox One.

Outlast 2
Red Barrels has created a sequel game to their original survival horror game Outlast which will be released sometime this year. In this instalment of the franchise, you will be playing as a cameraman and investigative journalist Blake Langermann travelling with his reporter wife Lynn on the trail to finding clues to the mysterious murder of pregnant women named Jane Doe. After crash landing their helicopter in the Arizona dessert, Blake must find his wife when travelling through a cult village believing that the end of days is near. Outlast 2 will be available on PC, PlayStation 4 and Xbox One.

Sea of Thieves
From developers Rare comes Sea of Thieves, a single player/multiplayer adventure set to release this year. In this game, you play as a pirate setting course on their own voyage. In multiplayer, you can team up with other players to explore the world and fight rival pirate crews. Sea of Thieves will be playable on PC and Xbox One.

Tacoma
As a follow-up to their first game Gone Home, Fullbright releases Tacoma, a single player game set to release this year. This game is set on the Lunar Transfer Station Tacoma residing 200,000 miles above the earth. Tacoma is set to release on the platforms Linux, MacOS, Windows and Xbox One.

Nidhogg 2
From Messhof, comes the sequel to their game Nidhogg comes Nidhogg 2, a single player/multiplayer fighting game. This game is a fast-paced two-player duelling game that has players fencing against one another to reach their opponent’s side of the playing field. Nidhogg 2 is promised to have the same gameplay as the first instalment but include more weapons, music, levels and fun. Nidhogg 2 is set to release sometime this year.

Secret Legend
Developed by Andrew Shouldice comes Secret Legend, an action-adventure game where you play a fox with a sword who fights monsters, finds items and explores the world they’re in. Secret Legend is set to come out sometime this year.

Below
From Capybara Games comes Below, an adventure game that has players play as a tiny warrior exploring the depths of the remote island they are on. This game will be a single player game with the possibility of a multiplayer mode that focuses on survival through the world they are in. Below is designed to be a challenge of brutal but fair combat that includes permanent death. Set to come out this year, Below will be playable on PC and Xbox One.

Shovel Knight: Spectre of Torment
From the studio that brought you Shovel Knight comes Yacht club Games prequel to the series Shovel Knight: Spectre of Torment. Instead of playing as shovel-wielding hero, Shovel Knight, players will play as Spectre Knight, one of the many bosses from the previous game. The game is set around the founding of the Order of No Quarter and will involve new enemies, bosses, areas, music and more. As the second of three free updates for the original Shovel Knight game, players will need to own Shovel Knight to receive this new gameplay update set to release this spring, available on PC, Nintendo 3DS, the Wii U, OS X, Linux, PlayStations 3 and 4, PlayStation Vita, and Xbox One.

Assassin’s Creed 2017
Not much is known about Ubisoft’s newest Assassin’s Creed except that it is set to take place in Egypt and be launching on the soon to be released Nintendo Switch along with PlayStation 4 and Xbox One. Stay tuned for updates as this rumour as to either the confirmation or denial of this claim.

Omori
Omori is a new indie game from Omocat, an anime fashion designer which has just released a new trailer for their game on January 2nd. Omori has players playing as Omori, a young monochromatic boy, who can travel between two worlds, one of pastel colour tones where his friends reside and one of a monochromatic colour scheme known as White Space. The player will meet people, fight enemies, explore their own memories and uncover hidden secrets of the worlds they travel between in this phycological RPGmaker horror game. Depending on when Omori is released, it will be available on PC, Mac and Nintendo 3DS.

For Honor
From Ubisoft Montreal comes the online action hack and slash video game For Honor. The game is set in a medieval period and allows players to play as a character of one of three factions based on knights, samurais, and Vikings. The game will have a single-player and multiplayer modes with various modes of play. For Honor is set to release this Valentine’s Day, February 14th, on PC, PlayStation 4 and Xbox One.

That’s everything! We’re super excited to be doing this show and we hope you’re enjoying it too 🙂 We’re on every Wednesday at 7pm on this site and if you have any questions or feedback feel free to tweet Stephan (@StephanReilly) or email reil4130 (at) mylaurier (dot) ca. Thanks again and catch you next week!