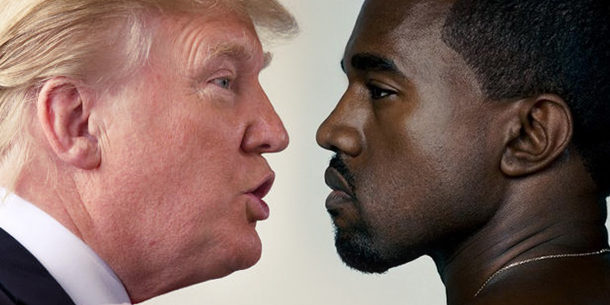 To start off the show, the team tackled the major issue of the impending take over of President elect Donald Trump. Since his victory over Clinton, extremist supporters of Trump have felt vindicated by the success of their ‘champion’. As a result, the racist, homophobes and bigots that support Trump have been acting out against people of colour, alternative sexualities, different religions etc. with a reduced fear of repercussion. The crew also aimed to discuss how Trump’s victory would trickle over and affect Canadians.
The second topic of the discussion segment was the idea of black people supporting (or failing to support) black businesses. This conversation was sparked by personal experiences of people on the team with some of the black owned businesses in the local k/W region. The goal of the conversation was to explore if the black people have some form of obligation to shop at black owned businesses and what to do when those businesses don’t necessarily have service up to par with what people are accustomed to.
For pop culture and entertainment, we discussed Kanye West recent concert where after performing 3 songs, he ranted and walked off stage. During his rant he talked about a multitude of personal issues from friction with Jay Z / Beyoncé to weighing on the presidential election. Regardless of personal opinion on Kanye West, it’s clear right now he may be suffering through some mental health difficulties which needs to be taken into consideration and approached with understanding.
To wrap up the show with out people/relationships segment, we talk about whether or not it’s appropriate to give your significant other access to your phone and general privacy boundaries within relationships. Trust is necessary for any healthy relationship to flourish and function well. The idea of giving someone else access to your phone brings up many questions in relation to trust which we explored in this segment.

Shy Girls – Only A Man

Soundman is rapper hailing from the Mississauga / Toronto area boasting a varying list of influences from Drake to Kendrick Lamar. His song ‘Man Down’ is a a gritty dark song touching on the archetypal “Toronto shooter”. The song is produced by Topszns own Cameron Pasquale and currently sits at 17.4k plays on soundcloud thanks to a cosign from Toronto singer Jahkoy as well as attention from various blogs. His next move is to have is music featured on OVO radio and complete his upcoming EP, World Sounds.
Check it out below: