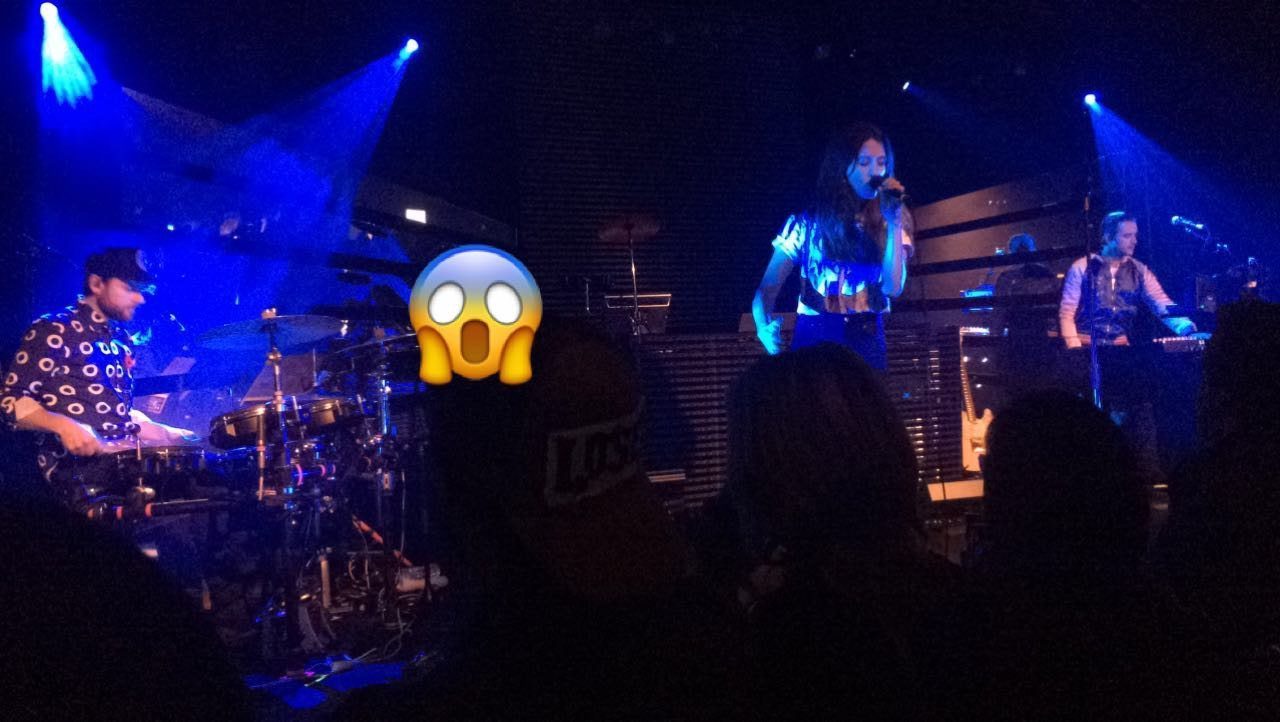 It was clear from the excited crowd at Maxwells on Wednesday night that Dragonette was going to have a good audience. From the moment you stepped in, the crowd was relaxed, chatting, drinking, and waiting near the stage for the main act to start. While walking around taking snapchat’s for Radio Laurier, I bumped into Dragonette drummer Joel Stouffer’s mother. She immediately started the conversation by saying that her son was the drummer, which I thought was amazing. She then told me that anytime they do a gig nearby, she’s tries to see them. She seemed so excited to watch them play, she made sure she was right up at the front of the stage, right by the drums. It was really sweet to see Joel smile at his biggest fan in the front row throughout the concert.

Even if electronic music isn’t your thing, Dragonette put on an incredible show. Between lead singer Martina Sorbara’s amazing vocals and cute dancing around the stage and the most insane light show I’ve ever seen at the concert, they put on an entertaining event. The music alone was incredible, it made you get up and dance, laugh, smile. Dragonette played their most famous song “Hello” which the crowd loved, everyone danced and sang along. There were a few songs on their set list that are definitely getting added to my running list (High Five and Darth Vader = fantastic)

Waterloo was the first stop on Dragonette’s tour, promoting their new album Royal Blues. All of the songs they sang at the concert got everybody in the audience moving. I met two hardcore fans, MC and Moda who were so excited for the concert, I saw them dancing and jumping around to the songs all night.

It was nice to relax and have fun at this concert, Martina made sure the crowd was super engaged. During the last song, she split the audience in two and made us sing different parts of the song. It was things like that that made the experience so enjoyable. Dragonette put on an amazing show that really showed their heart and soul and made me immediately buy Royal Blues.