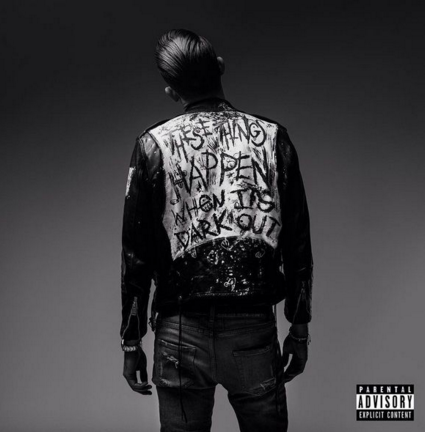 When It’s Dark Out is the second studio album by Bay Area rapper, Gerald “G-Eazy” Gillam. It is an incredible follow-up to his hugely popular album entitled These Things Happen. The album was released on December 4th of 2015, and it being performed heavily on the When It’s Dark Out Tour. Personally, this album was one that was highly anticipated, and overall, I am pleased with the finished product. It is a lot different from These Things Happen, as the featured artists are more high-profile, and the album has more bangers overall. If you are a long-time listener, you can definitely see the progression from the days of the Endless Summer mixtape.

Some would argue that When It’s Dark Out is not even a follow-up to These Things Happen, but that it is actually a continuation. Even in photos that the rapper released in anticipation of the album, he is seen wearing a leather jacket. On the back of the jacket, it reads the words, “These Things Happen When It’s Dark Out.” After listening to both albums in sequence quite a few times, I can see how this is possible. These Things Happen talks more about the struggle and come-up of G-Eazy as an artist, and the sacrifices that he has to make in order to achieve his goals. From the first track onwards, When It’s Dark Out talks about making it and being famous, and then shares reflections on those experiences and sacrifices. 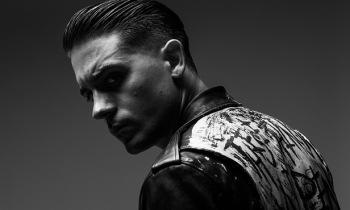 Not only does this album provide great gym and party tracks, but there are some softer tracks that talk about love, loss, and family. The album was well-marketed, providing teasers in the form of singles, and pairing these with Instagram posts. The merchandise found on @endlesssummer is also very reflective of the tracks on When It’s Dark Out, and it is commendable to see how well the marketing team has built a musical brand. There is also a mini-series found on YouTube that chronicles the entire process of the album, and anecdotes that correspond with it. For the first episode, click here.

The upbeat tracks to preview are Random, Me, Myself, & I (featuring Bebe Rexha), Calm Down, and One of Them (featuring Too $hort). For something slower, I recommend looking into Drifting (featuring Chris Brown and Tory Lanez), and Think About You (featuring Quin, also known as Bianca Quinunos). Bianca was the star of the Tumblr Girls video, from These Things Happen. The album also features artists such as Big Sean, Keyshia Cole, and Kehlani.