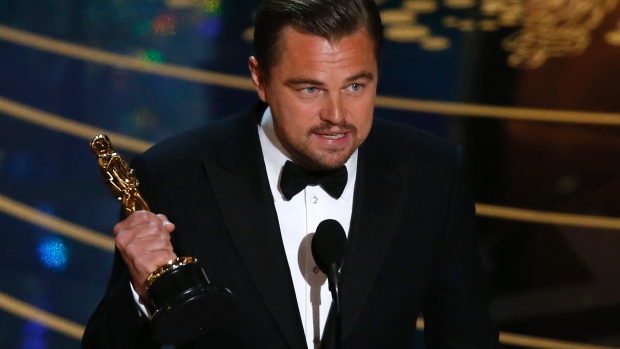 We had quite a busy show today with highlights from the Oscars, the latest on the #FreeKesha battle, Jennifer Garner breaking the silence and so much more!

After six previous nominations, Leonardo DiCaprio FINALLY wins the Oscar for best actor for his performance in “The Revenant”. After many thank-yous DiCaprio focused the rest of his acceptance speech on climate change calling it the “most urgent threat facing our entire species.” Leo ended the motivational speech saying “let us not take this planet for granted, I do not take tonight for granted”.

Sony Music has finally addressed Kesha’s battle with her record contract and producer Dr. Luke who she claims abused her for many years. Kesha was fighting to break her contract with Kemosabe Records and Sony Music Entertainment, so she no longer has to be around Dr. Luke. On February 19 the New York Supreme Court denied her request, sparking the #FreeKesha movement. The movement calls for Sony to release her from her contract and several celebrities have been involved in supporting the Tik-ToK singer.

Jennifer Garner broke her silence in an interview with Vanity Fair about her very public divorce with Ben Affleck. Garner said:  “we had been separated for months before I ever heard about the nanny. She had nothing to with our decision to divorce. She was not a part of the equation.” She later said that Ben is still the love of her life and she just has her children’s best interest in mind.  Check out the rest of the article in Vanity Fair!

That’s all for this week Golden Hawks. Hope everyone has a great week and remember, stay happy, stay healthy and stay golden!