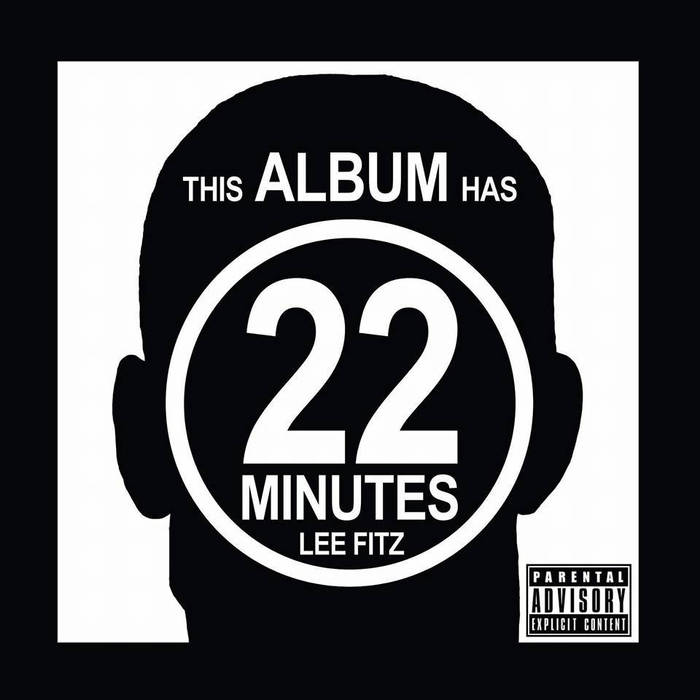 Centred around what some would argue as strong propaganda, Lee Fitz’s album, 22 minutes; was unique to say that least. Focusing on serious issues concerning human’s rights, civil rights, politics and etc., it’s an album with strong messages directed toward his target audience. At times it seemed that Lee Fitz compromised his sound to get his main agenda across very directly. His style of hip hop, not often heard these days, is reminiscent of a Billy talent like sound; with less “noise”. It’s unique sound appeals to a more hipster audience, that gives priority to the statements made by Lee Fitz . The drums sounded more alternative rock than hip-hip, concocting these styles together seems somewhat risky. Well-known artists like Kid Cudi have struggled to make this style of drumming work for them, so its always interesting to see if there are artists crazy enough to try it. Throughout the album, it was evident that drums didn’t quite sound right. The rapping was very clear and easy to understand and most of the verses were solid. However the tracks took a beating when it came to the hooks, as there was only a single song on the album with a good hook. However it wasn’t all bad, the creative beats were the redeeming quality which give the album hope. Perhaps the best track on the album is his only collaboration on the album, Blink featuring Brittany Pottie. On this particular song, everything synergized together beautifully and the hook was actually good. Brittany Pottie did the hook with incredible results and the production is the icing on the cake. The sounds used were very Noah “40” who is most recognized for his work with Drake. Overall this album is definitely worth a listen as most of the problems were due to his naive incorporation, of alternative rock style drumming; which for the most part can be forgiven.