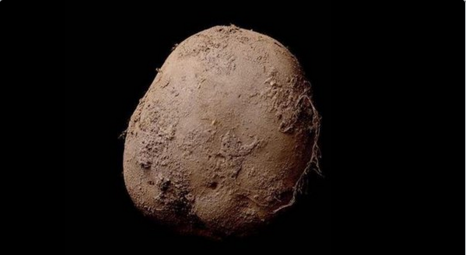 DJ Deej was all by her lonesome in the studio this week, but she still had a lot to say. So many ridiculous things made entertainment news, so she just narrowed it down to three.

Rap artist B.o.B. has put forth the idea that he thinks that the Earth is, in fact, flat. Anyone with half a brain knows that the Earth is actually around. If you’re still unsure about this, make use of Google Earth A.S.A.P. Please. We beg of you. 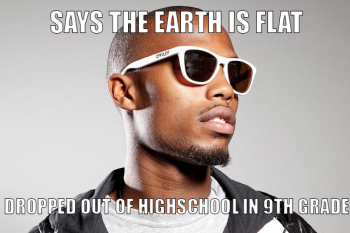 Secondly, Kanye West has reportedly changed the name of his upcoming album Swish to Waves. This is only ridiculous because it should not matter what the album is called. It is still being released on February 11th, and it’ll probably still be fire. The track list includes, “No More Parties in L.A.” which features Kendrick Lamar, and has already made an impact on the music charts. Let the Louis Vuitton Don do his thing, people, and have patience!

Finally, famous photography Kevin Abosch has reported sold a PHOTOGRAPH of a common Irish potato for $1.5 million to a businessman. He’s clearly doing well for himself, though this purchase may cause some to call his business sense into question. It is not like only one exists; one is in Serbia, and the other is in Abosch’s private collection. If you had over a million dollars to blow on something crazy, would YOU blow it on a photo of a potato? Why do that when you can eat the real thing, in so many different forms? Poutine, anyone?

Weigh in on these things on our Twitter: @RLAfterCLass