I know it’s late but my gosh, I’m actually posting this on a Wednesday! It’s crazy!!!! But instead of explaining the madness that is me actually getting this out on the right day of the week, lets just dive into the updates!

Last week I dished a little about the KOI Music Festival and tomorrow, July 16th, the short list, so those who weren’t eliminated from the long list, will be announced! For those of you who don’t plan on checking yourself I’ll make sure that I spill all the details next week!

This Friday, July 17th, alternative rock band Sublime with Rome, will release their second and latest album “Sirens”. This 11 track album will follows the release of their first single Wherever You Go, which is currently available for purchase and streaming. The bands North American tour will kick off the night before the release, and will include a stop over at TD Echo Beach on July 26th, for all those GTA lovers, and those brave enough to face the mess that is the Pan Am Games traffic. 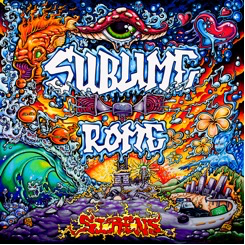 I love collaborations. Collab videos on YouTube is one of my favorite things to watch, but collaborated music efforts are also fantastic. I truly believe that when two artists, of similar genre or different genre come together, the possible outcomes are endless. Sounds can change, styles can change, bands could even pull a wife-swap situation and swap guitarists! WHO KNOWS! Where am I going with this you may ask? Well like most of my thoughts, nowhere exciting! Okay that was a lie, because the lovely collaboration/changing/swapping description I just listed above is what happened with bands Sharks’ Teeth and SomeBodyParts. New “split” album “Jaundice Views” is an album where these two bands came together to co-create an incredible album. Each contributing 4 songs to this 8 track album (Like how I threw my 1st grade math skills into there? Mathematicians anonymous, call me!) this album will be dropping on July 28th however each band has released one song on IMPOSE for streaming.

SomeBodyParts – Have To Have To 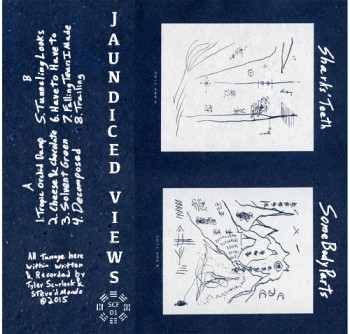 Okay this next mini announcement is possible the best one I’ve ever written simply because the bands name is The Tequila Mockingbird Orchestra, which is possibly the greatest name that there could be! SO The Tequila Mockingbird Orchestra is a collection of musicians have not released much information as to who they are, and how they became those who Quila Mockingbirds, eh! Get it? God that was cheesy… But it’s true, there isn’t much story going on there, which is fine, as it leaves the focus on their music more than anything. TMO is made up of 5 incredible talented musicians who came together to create a 9 tracked album “Love” set to release on August 21st. Their first single Funeral Song can be previewed here and they can be seen live, across Canada.

London band that I mentioned last week, We Came As Strangers, just released the music video for the single Still Life from their newest and third album “Eyedom”, which is out August 31st. Describing themselves as Alternative-Pop, their music video is black and white and very fitting to their style. Watch it below!

Lindi Ortega, a Toronto artist who has made it big, is releasing her fourth album “Faded Gloryville” on August 7th. As a promo to the big album release Lindi has partnered up with Rdio, one of the largest licensed music services worldwide, to release an exclusive Enhanced Commentary Playlist free for streaming! Along with interview snips and other commentary comes a preview of the first single released from “Faded Glory”, I Ain’t That Girl. One of the coolest parts of this album is that along with her 12 other Canadian tour stops, she’s playing here, in Waterloo at Maxwell’s on October 22nd, and then again in Toronto at the Mod Club two nights later on October 24t! 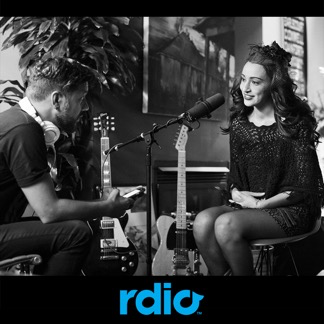 That’s all for now friends! Don’t forget to check in to see what’s going on between today and next week AND to see who made it onto the KOI Short List!