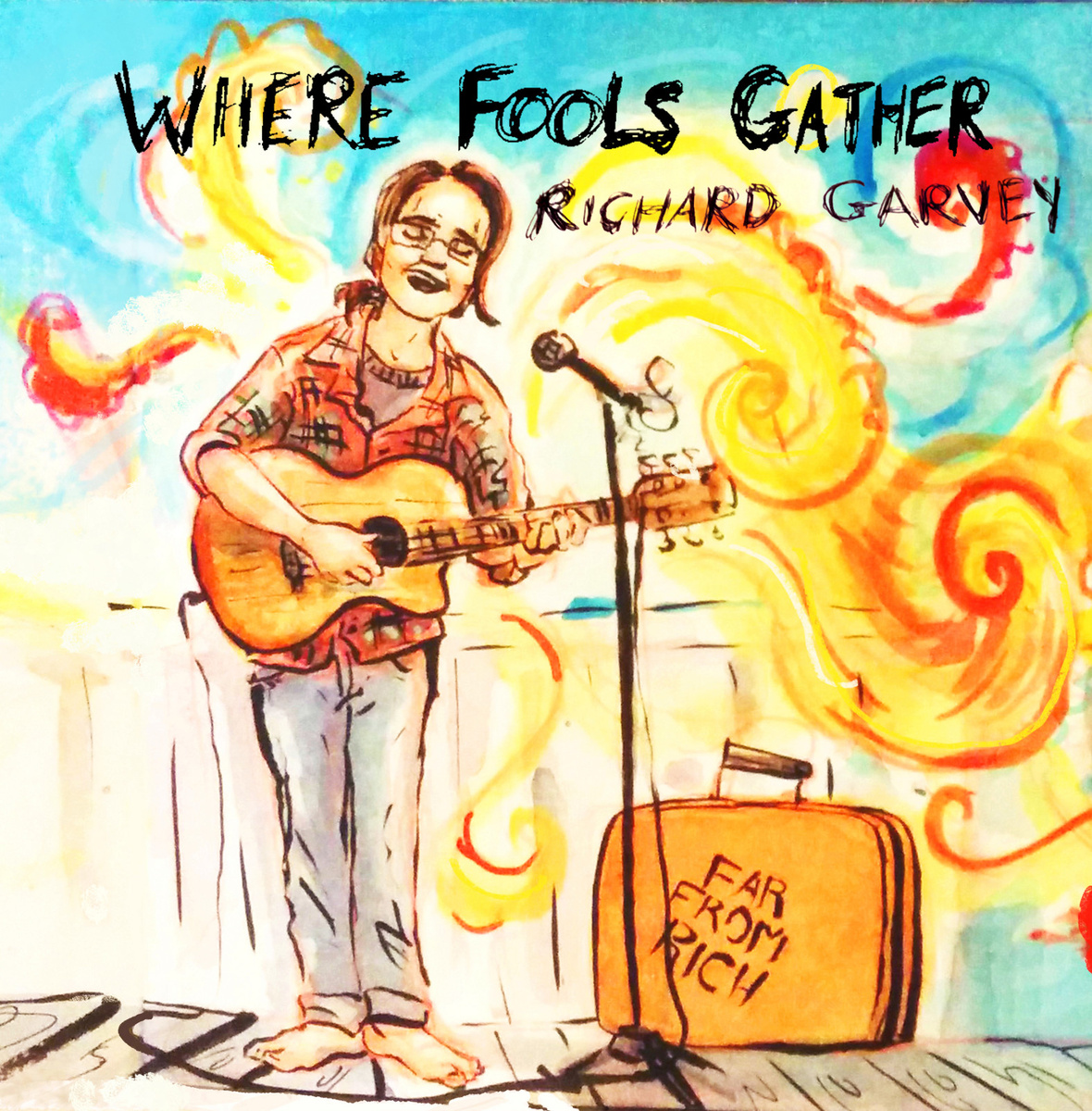 Making a wave in Canadian music with his new album ‘Where Fools Gather’ released on June7th, Richard Garvey is one to look out for. Originally from Kitchener, Ontario Garvey is giving Canada someone to root for, offering musical serenity with his soulful voice.

His latest collection of work, is an easy listen, something to play with your windows down driving as the summer breeze ripples in time with the soulful smooth sound of his voice and eclectic use of instruments. At times his voice slips into an almost whisper, as if he is singing these lyrics directly to you, unleashing his deepest thoughts in an almost dream like manner. In particular the track titled, ‘Abagail’ does just this, the variety of instruments in unison with voices provides an almost lackadaisical listening experience.

A specific standout on the album is ‘ Right or Wrong’, whether your directly connect to what he is singing in the song or not, his deliverance make you feel as though you have. His gentle voice and careful articulation of lyrics, provide the song with a haunting feeling of the regrets we make in life that many can connect to. This song is undoubtedly one of the best on the album.

Although, Garvey does not limit his range to be just that of songs to close your eyes to but also ones to tap your feet to. With specific tracks like ‘Wagon Wheel’, and ‘Run the River’ he provides listeners with a satisfying variety of sound. His sound is similar to the likes of Mumford and sons and Ben Howard, and has even been compared to Pete Seegar and David Francey.

‘Where Fools Gather’ successfully accomplishes everything it sets out to deliver with its 14 track list. Richard Garvey proves Canadian music is full of depth, and worthy of recognition. If you haven’t already, check out his stuff and any tour dates he has coming up on his Canadian tour!