(Little Téléfrançais Throw Back For Yea!)

I need to start out todays posting with a quick apology for having it come out a day late. You know when you think that it’s a Tuesday when it’s really a Wednesday? That was me yesterday, it also doesn’t help that my first day of work is a Tuesday so everything feels like I’m a day behind and this week it caught up to me! Did any of that make sense? Probably not and it doesn’t matter WE’RE BACK BABY!

I’ve got lots of content that needs to be throw out at you so please be patient and stick with me because I promise it’s all exciting, it’s all important and it’s all…good? I was hoping I’d find a cliché to throw in there but I got nothing. So instead here, to make it up to you watch this baby jam out to Katy Perry’s “Dark Horse”

We have a Radio Laurier exclusive update! As mentioned in last weeks Update Local artist (the answer to the trivia question from last week was 8 bajillion) Richard Garvey who had his latest album release show on June 7th for his album “Where Fools Gather” will be on Radio Laurier’s The Morning Show NEXT MONDAY JUNE 22ND! Tune in from 10am to 12pm to find out what Garvey has got to say! You can also submit questions for the interview in the comments below or tweet them to us @RadioLaurier! 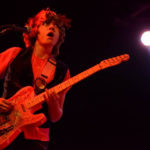 Solo garage-rock artist Grace Vonderkuhm released a video for her single “Nowhere to Go” from her self-titled EP on June 11th. It’s been released on Exclaim! and is the perfect song to showcase her different musical abilities and genres.

Another exciting thing happened this week. Have you heard of the Polaris Music Prize? WELL it’s a pretty awesome prize as it’s a not-for-profit organization, which annually honors creativity and diversity within the Canadian recording industry. Genre doesn’t matter, affiliations don’t matter, sales don’t’ matter and history doesn’t matter. Past winners include Tanya Tagaq, Godspeed You! Black Emperor, Feist, Arcade Fire, and many more. The contest is released in stages. It’s all about rewarding authentic Canadian talent! This past Tuesday, June 16th, the long list made up of 40 Canadian artists was released. Click Here to view the Long List. The next stage, the short list will be announced on July 16th. Check out their website to see how you could be future winner of the Polaris Music Prize, how you can sponsor or just to check out all the fantastic music that was considered both this and in past years!

Digging Roots is the band who took home the JUNO in 2015 for Aboriginal Album of the Year for their latest album “ For The Light”. Husband and wife duo wrote and produced this album during the Idle No More Movement and released it this past year. The band is touring this summer with their kick-off show TOMORROW June 19th in Albert. They will be making quite a few Toronto appearances however so keep your calendar open to head down to one of their inspiring shows and check out their album too!

Here are their tour dates!: 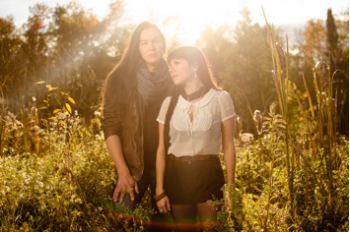 That’s all I got for this week! Sorry again for this coming out late, but I am determined to be on time next week!