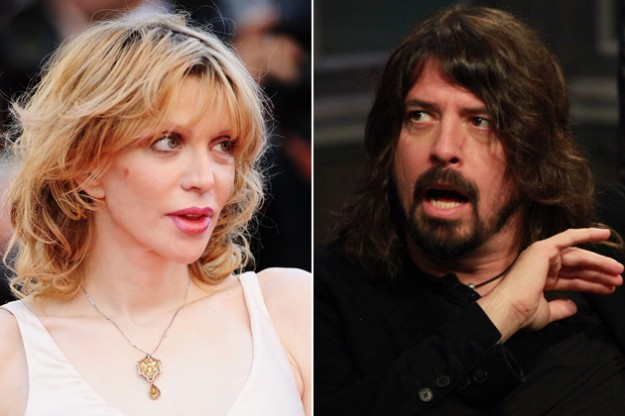 I am catching up on all my shows so this is quite a dated post from THE SECOND WEEK!!! Anyways, week 2 of The Top 10 we did Top 10 Band/Musician feuds. The reason for such feuds range from fighting over a girl to bands discrediting other musicians musical ability. Attached are links so you guys can read up on these intense band feuds.

So read below for the good, the bad and the ugly feuds between musicians.

I hear you’ve asked “Are we supposed to kiss?”.. when someone asked you would we ‘make up’. No, worry not.. there’s no need for kissing.. But let me state again.. You’re supposed to apologise for the mocking of any person who sought help, publicly or privately, to prevent themselves from committing suicide.
You’re also supposed to apologise for mocking people who are mistakenly or otherwise perceived to be mentally ill. Because what you did is extraordinarily dangerous as it contributes to the silences which allow suicide to flourish and also contributes to the bullying of people perceived mistakenly or otherwise to be mentally ill. That bullying causes suicides. Thats why you’re supposed to apologise. Its really very simple. People die every day because of the type of thing you did.
Its not that hard to say sorry. Doing so will save lives.

Mayer now tells Rolling Stone that he learned about Swift’s feelings directly from her song. “I never got an e-mail. I never got a phone call,” he says. “I was really caught off-guard, and it really humiliated me at a time when I’d already been dressed down. I mean, how would you feel if, at the lowest you’ve ever been, someone kicked you even lower?” When asked about the song’s line, “Don’t you think I was too young to be messed with?” Mayer says, “I don’t want to go into that.”

Mayer also takes issue with “Dear John” as a musician. “I will say as a songwriter that I think it’s kind of cheap songwriting,” he says. “I know she’s the biggest thing in the world, and I’m not trying to sink anybody’s ship, but I think it’s abusing your talent to rub your hands together and go, ‘Wait till he gets a load of this!’ That’s bullshit.

8) Tegan & Sara and Tyler the Creator

When will misogynistic and homophobic ranting and raving result in meaningful repercussions in the entertainment industry? When will they be treated with the same seriousness as racist and anti-Semitic offenses? While an artist who can barely get a sentence fragment out without using homophobic slurs is celebrated on the cover of every magazine, blog and newspaper, I’m disheartened that any self-respecting human being could stand in support with a message so vile.

As journalists and colleagues defend, excuse and congratulate ‘Tyler, the Creator,’ I find it impossible not to comment. In any other industry would I be expected to tolerate, overlook and find deeper meaning in this kid’s sickening rhetoric? Why should I care about this music or its “brilliance” when the message is so repulsive and irresponsible? There is much that upsets me in this world, and this certainly isn’t the first time I’ve drafted an open letter or complaint, but in the past I’ve found an opinion – some like-minded commentary – that let me rest assured that my outrage, my voice, had been accounted for. Not this time.

If any of the bands whose records are held in similar esteem as Goblin had lyrics littered with rape fantasies and slurs, would they be labeled hate mongers? I realize I could ask that question of DOZENS of other artists, but is Tyler exempt because people are afraid of the backlash? The inevitable claim that detractors are being racist, or the brush-off that not “getting it” would indicate that you’re “old” (or a faggot)? Because, the more I think about it, the more I think people don’t actually want to go up against this particular bully because he’s popular. Who sticks up for women and gay people now? It seems entirely uncool to do so in the indie rock world, and I’ll argue that point with ANYONE.

No genre is without its controversial and offensive characters- I’m not naive. I’ve asked myself a thousand times why this is pushing me over the edge. Maybe it’s the access to him (his grotesque twitter, etc). Maybe it’s because I’m a human being, both a girl and a lesbian. Maybe it’s because my mom has spent her whole adult life working with teenage girls who were victims of sexual assault. Maybe it’s because in this case I don’t think race or class actually has anything to do with his hateful message but has EVERYTHING to do with why everyone refuses to admonish him for that message.

It is not without great hesitation and hand wringing that I enter into the discourse about Tyler, the media who glorifies and excuses misogyny and homophobia, and the community of artists that doesn’t seem remotely bothered by it. I can only hope that someone reading this might be inspired to speak out. At the very least, I will know that my voice is on record.

7) Brand New and Taking Back Sunday

(This link gives the whole breakdown)

6) Arcade Fire and The Flaming Lips

“However it seems that Wayne Coyne was less than happy with the tour. In aninterview with Rolling Stone the singer claimed that Arcade Fire are “pricks, so fuck ’em.” The lengthy rant saw Coyne lay into the group, who he claimed behaved badly on the tour.

Arcade Fire were obviously shocked. Responding with a level headed statement frontman Win Butler claimed that the two groups barely crossed paths on the tour due to scheduling difficulties. However he did say “I hope I was less of a ‘prick’ than telling Rolling Stone that a bunch of people I don’t know at all are really assholes.”

Love and Grohl’s bad blood dates back to the late Nineties, when they formed a partnership with bassist Krist Novoselic to manage Nirvana’s business dealings. Love filed a lawsuit to dissolve the company, Nirvana LLC, in June 2001, and ultimately held up the release of the box set With the Lights Out until 2004. By the end of the year,Grohl and Novoselic sued Love with the hopes of kicking her out of the partnership, calling her “irrational, mercurial, self-centered, unmanageable, inconsistent and unpredictable.” This led Love to release the statement, “Kurt Cobain was Nirvana.”

Love sold a significant amount of Cobain’s publishing in 2006, promising at the time that any licensing of Nirvana’s music would be “tasteful.” Three years later, Cobain’s likeness became a playable character in Guitar Hero 5, with Grohl and Novoselic saying at the time that Cobain “deserves better.”

In 2011, Love wrote several scurrilous missives on her social media networks about Grohl and, during a concert, accused him of living off her husband’s legacy.

The infamous Oasis/Blur feud started just as much a play in the British press as an actual battle between bands, but it certainly made for entertaining tabloid fodder. At the center was their inherent contrasting backgrounds, not a minor topic in class-obsessed Britain. Blur were middle-class suburban London art-school kids, while Oasis were hard-drinking, blue-collar Manchester blokes who picked fights. Things took a nasty turn in ’96, when Noel Gallagher was quoted as saying that he wished Blur’s Damon Albarn and Alex James would “catch AIDS and die.”

Noel shocked the rock world again (or the part that still gave a damn) last year when he announced that he and Albarn had made nice over a couple beers.

The King Of Pop paid a reported $47.5million for between 160 and 260 Beatles classics, including Yesterday and Let It Be.

However, the 1976 US Copyright Act means Sir Paul will now be able the claim back the titles once more in five years, according to The Sun.

A source told the paper: ‘Paul’s been fuming for decades. It’s as much personal as business. Now he’ll get back what’s rightfully his.’

The Act means songs written prior to 1978 turn into the property of the songwriter after 56 years.

Sir Paul and Michael, who recorded several songs together in the ’80s, including The Girl Is Mine, famously fell out over the purchase.


No doubt Sir Paul, who has a reported £680 million fortune already, will be looking forward to receiving royalties and licensing money for tracks he wrote in the ’60s and 1970.

Years ago, he complained at having to pay Michael royalties every time he wanted to perform a Beatles song: ‘The annoying thing is I have to pay to play some of my own songs. Each time I want to sing Hey Jude I have to pay.’

While it is unknown how much the back catalogue would be worth nowadays, in 2005, Sony paid Michael $95million for 50 per cent of the rights.

By all accounts, the famous lyrical war of words between Neil Young and Lynyrd Skynyrd was more like a spirited debate between respectful friends than an actual feud.

Young’s songs ‘Alabama’ and ‘Southern Man’ took aim at the South’s checkered race relations past, with references to slave ownership and cross burning. Skynyrd singer Ronnie Van Zant seemingly felt Young was painting too many good people with the same old, bad brush, and responded with the now famous “don’t need him around anyhow” line in 1974′s ‘Sweet Home Alabama.’ However, both repeatedly declared their respect for the other, and Young even played ‘Alabama’ in concert at least once.