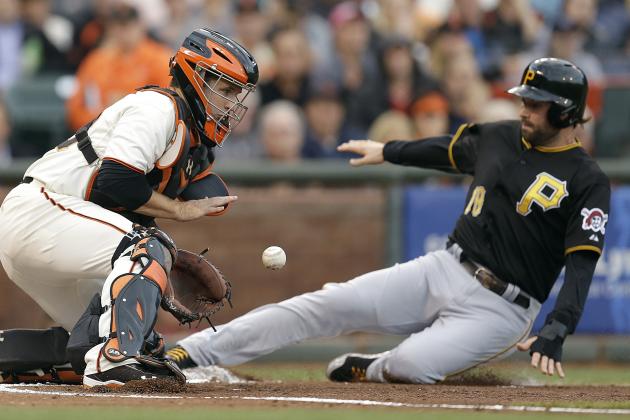 Starting this week, after the show airs we will have the link available to you guys so you can download the show in case you missed it. Click on the link and go and check it out, and tell your friends!

October is upon us, and thus it is the best time to be a sports fan. On this week’s show it’s all about The Patriots, Bill Simmons,and most importantly, we preview the MLB playoffs and make our series picks! Speaking of which, what a game that AL wildcard was last night! Such an unbelievable series of events, weird managerial decisions, and clutch hitting. The A’s took a 7-3 lead, and in the 8th and 9th innings the Royals completed a comeback to tie the game at 7. In the 12th, Oakland went up by 1, but the Royal’s got 2 runs in the bottom to finish one of the craziest comebacks in the last 10 years of MLB. Me and Kyle both took Oakland, because of their pitching, and until the 8th, their pitching was the reason they were winning that game. But hey crazy stuff happens in sports, and that’s why we love watching and talking about it so much!

Tonight is the NL Wildcard game between the San Francisco Giants and the Pittsburgh Pirates. Kyle and I both have the Giants winning this game, as we like their playoff experience and the starting pitching tonight of Madison Bumgarner over that of their Pittsburgh counterpart, Edinson Volquez. We both really really hope this game is even half as good as last night’s. But the fun doesn’t stop tonight. The playoffs kick off fully starting tomorrow with the Divisional Series, and provide us with a week of solid sports watching until the NHL returns next week! But of course the MLB playoffs continue so we just increase the amount of awesome sports to watch from 2 to 3. On next week’s show we will have a full NHL preview.

Of course, no episode of Upon Further Review is complete without a look back at the week that was in the NFL. Week 4 told us that we still have no idea who is good and who is not, as the majority games were double digit defeats, and many teams lost to teams with poorer records by more than 10 points. The biggest case of this was the Monday Night game featuring the Kansas City Chiefs and the New England Patriots. It was not so surprising that the Chiefs played well and won the game, but we as NFL fans are just not used to seeing a Tom Brady-led team lose by a score similar to 41-17. I hope you enjoyed our opinions of that on the show, and let us know what you think about Tom Brady and the future of the 2014 Patriots at our twitter, @UFR_radio. As well, we both took the Packers over the Vikings in tomorrow’s Thursday Night Fottball game. Let us know if you agree.

We’ll see you next week!