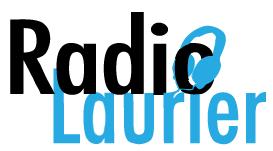 It was another great week on Upon Further Review… We discussed the NFL and the biggest surprise teams so far this season, how Tom Brady isn’t a nice guy and if John Gibbons and Alex Anthopolous should be fired along with the other moves the Jays have to make in the offseason. But because of an extended Blue Jays discussion, we didn’t have much of a chance to go through our picks of the week in Who Ya Got? Update: In case you missed our show when it first aired, you can check it out here! http://www.mediafire.com/listen/7pljxd04mnapat5/Under_Further_Review.mp3

In the NFL we’ve got…

Dillon: I am going with Washington. I’m taking them because I like their growth as a team through three weeks, and really think that Cousins can take advantage of a bad Giants defense. However, the Giants are getting better and will be in this game.

Kyle: Going with Dillon on this one. Although Eli had a good game last week against Houston, I don’t think he’s going to win the matchup with the hot Kirk Cousins. Coupled with the Giants’ poor defense, the Redskins are going to take this one at home.

Dillon: This is a really tough game, as Chicago, with all their injuries, is possibly due to a setback. But I like what I have seen from them and really think their defense has adapted nicely, and will give the Packers a tough time. As for the Packers, it really depends on if Rodgers can carry them. He will need to be the guy for this team if they are to win, but I like the Bears in this one.

Kyle: Once again, it’s Dillon and I taking the same team. Although decimated by injuries, Jay Cutler’s looked strong while Aaron Rodgers hasn’t behind that poor o-line of his. It’s going to be a low-scoring affair, but the Bears are going to get the win at home.

Dillon: As much as I like Carolina, I am just too disappointed with their effort against Pittsburgh last week. And Baltimore has put together two decent weeks, and should continue to do so at home. Flacco is loving his new target Steve Smith, and will need him to be good against that excellent Panthers defense.

Kyle: That Panthers defense looked pretty weak against the Steelers. They couldn’t stop the run AT ALL, giving up 264 yards on the ground. Ray Rice or no Ray Rice, the Ravens are looking strong and can pound the ball with Taliaferro and Forsett. The Ravens are going to win this one.

Dillon: Dallas is 2-1 and the Saints are 1-2. Now that is not really indicative of either team, however New Orleans really has not looked good at all, and would have lost last week if they were playing anyone other than the Vikings. Dallas is looking like the same old Cowboys team that can be great or awful on any day, and I like their match up with the Saints thus-far mediocre defense.

Kyle: The Cowboys are a weird team. They actually remind me of the Leafs a little bit. They sort of have the talent to go out there and win, but either they choke or underperform down the stretch and miss the playoffs. Is that what team is gonna show up? Because they have yet to face a really strong team. With that being said, the Saints haven’t looked like that really strong team like they used to. Their offense was really off against the Vikings, but I still think they’re going to beat the Cowboys.

And in the MLB…

Dillon: Detroit, only being a game up on the Royals, needs this game. With Verlander starting, he must be at his best, and I am going with the Tigers here to pull out the win.

Kyle: Not too sure on this one. The White Sox suck, but they will have their ace Chris Sale on the mound (12-4, 2.20 ERA) against the struggling, but still deadly, Justin Verlander (14-12, 4.68 ERA). So, it should be a great matchup. With the way Verlander has been pitching, I think the White Sox are going to put another dent in the Tigers’ AL Central title hopes.

Dillon: Cleveland has been decent this past week, and they are relishing this role of spoiler. I like them in the upset here. The Royals are not out of the division yet, but missed a good chance in the double-header on Monday, and the pitching match-up for this game is pretty even.

Kyle: Cleveland is just flying under the radar and sticking around in the wild card chase, but Claudio Vargas has looked good for the Royals this year (11-10, 3.59 ERA), so I think their pitching is going to overwhelm a Cleveland team that doesn’t have a great offense.

Dillon: I have to go with Atlanta. I know Pittsburgh is on the cusp of catching the Cardinals, but the Braves have a strong pitcher in Teheran going tonight, and they have nothing to lose.

Kyle: The Pirates need this game. And with the Cardinals going up against Jake Arrieta tonight, they might be able to pull within half a game in the NL Central. That one is going to go down to the wire and the Buccos are going to beat Atlanta in this one.

Dillon: This is a no-brainer. The Dodgers can clinch the division with a win tonight and are sending Kershaw to the mound. Dodgers win.

Kyle: Kershaw, who I think should also be the NL MVP this year, will dominate and close it out for the Dodgers. Although he looked a little shaky against the Cubs in the first few innings, he turned it around and cruised. Dillon’s right: no brainer.

That sums up a taste of the wild week in sports. Let us know what YOU think in the comments on Facebook: and on our new Twitter page @UFR_Radio!

All images taken from Wikipedia under its Fair Use policy.