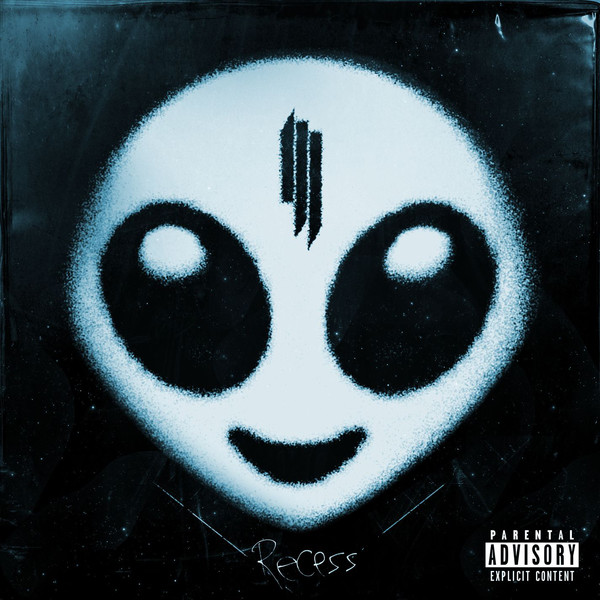 Being a profound, overly-obsessive EDM rave-loving dance music fan, this album is undoubtedly the most anticipated album I have ever came across since starting to listen to dance music. From My Name Is Skrillex (2010) to Banagarang (2011), Skrillex aka Sonny Moore has been one of the few major contributors to the epidemic that is Western EDM.  With European acts like Armin Van Buuren and Hardwell achieving major success in their European beginnings, Skrillex and other Western artists like deadmau5 have not only transformed EDM into new sub-genres, but have helped bring it to the mainstream.

Before I begin the ACTUAL review, I think it’s necessary not only to see what went into the release, but the marketing as well.  Skrillex is renowned for “pulling a Beyonce” and surprising his ever-faithful fanboys like myself with EP’s like Bangarang, and remixes like Avicii’s Levels without warning. Similarily, Skrillex yet again “pulled a Beyonce”.  About a week before the release, Sonny announced that he had helped develop an application game for iOS and Android.  In comes “Alien Ride”, an old school arcade space game where you, the spaceship, shoot your way through the asteroid fields approaching.  However, on the top of the app appeared a countdown, leading to March 11th at 6:30PM EST.  Fast forward through space (hehe) to this time, and a link appears where you have the opportunity to download a link.  What is it you ask? A FLIPPING ALBUM.  Yes, every half hour after the countdown ended, a new song was released to stream, via a VIDEO GAME.  A first for the music industry for sure.

After a near silent year of 2013 for Skrillex, who was busy with his immense amount of time touring, scoring the film “Spring Breakers” with Cliff Martinez, and signing artists to his “OWSLA” record label, Sonny’s fans were anticipating a full LP like never before.  And finally, they are treated with a full-length album titled: Recess.

1) All Is Fair In Love and Brostep (feat. Ragga Twins)

For you fans who appreciate the older, face-melting, 140 BPM bass-dropping dubstep wobbles that came with tracks like “Scary Monsters and Nice Sprites, this track will be your bread and butter.  The track adopted the theme of rocket ship samples accompanied by Ragga Twins vocals, which were MC’s who had a huge impact in dance music in the 90’s.  Monster growls, piercing synths, this track has everything a brostep bro raver dude wants.  To add, there was lots of controversy around this part of the song (2:02) when our man Skrill drops part of the “It’s F***ing Zomboy” sample from Zomboy’s “Terror Squad” before cutting it off with a sample of a very bratty Sonny Moore laugh.

What does this whole controversy mean you ask? To give you some background, Zomboy is another dubstep artist who has been called out on numerous occasions for ripping off Skrillex’s work.  Skrillex is not only aware of this, but is making a classic “anything you can do I can do better” statement, but all in good fun, stating “All is Fair”.  In response, Zomboy stated that he heard Skrillex’s track in its early stages, and must have unconsciously used some the elements he heard, but by no means did it on purpose.  Still fun and games though…

I will let you listen to the rest of the track for your interpretations, but I only think Skrillex is able to pull off stopping a track completely mid-song, then bringing it back with one of the best drops I have heard to date.  The vocal sample “Guess who’s back Mother F***er” still gives me goosebumps.

Aimed at the big room, the title track “Recess” takes the album by storm.  Recess takes instant pump-up roll calls from Fatman Scoop, and the combines them with the perfectly in tune vocals from Passion Pit’s vocalist Michael Angelakos.  However, you can still hear many Skrillex and Kill the Noise influences in the tracks, with the heavy sub-bass lines and recently popular percussive synths which will rock crowds at Veld and Ultra Music Festivals.  This is a song you can definitely sing along to, but as I said, aimed at the Big Room and commercial crowds.  BASS DROP!

Stranger was one of the most interesting tracks of the album, with the choice of percussion, reverb effects, as well as the main synth.  Elements and emphasis are heard from both artists.  This is not only a new direction for both artists, but a different take on the Trap genre with a heavy BPM shift.  It is fascinating when two artists come together to create something that none would expect.  Stranger is no different.

Technically, this track was already released as Try It Out (Neon Mix), but it still made an appearance on the album. For any of you Call Of Duty gamers, you might remember this also appearing in the Black Ops II soundtrack.  A combination of Skrillex’s ability to drastically change the energy vibes throughout the track made this one stand out.  In combination with Alvin Risk’s hard laser synths, this will be a dubstep lover’s dream.

Before I begin my rant, I would just like to say I love Chance, and love his work.  However, from a Skrillex perspective, this is when the album became a little disjointed.  Now there are two ways to look at this: 1. Skrillex is showing his vast capabilities across multiple genres as a producer or 2. There is a minor continuity error across something which should a combined piece of work.  I will be going more in depth about this later.  But on the topic of the track, you get to hear a new side of Skrill, who has thrown in many EDM elements like the constant bass synth which appears throughout the track, as well as classic hip hop hit samples which accent Chance’s catchy vocals.  Very interesting track.

I’m torn on this one.  As an EDM fan this makes me feel mad hyped, but as a Skrillex fan, I feel a lack of Skrillex presence in here.  In another review by Pitchfork which mentioned that they felt Skrillex took a coffee break on this one, letting Mad Decent take over.  That could not be more accurate in explaining this track.  The song is adopting the increasingly popular Trap movement, by giving a set of lower pitched glitchy vocals over a hard 808 kick which will kill dance floors for years to come.  However, the idea to include K-pop sensations G-Dragon and CL was ingenious, giving it a heavy hip-hop feel which will give our boys over at Rap Up something to look forward to listening to.

Being the second collaboration with the Ragga Twins of the album, Skrillex fans will be very excited and pleased with the result of the drum and bass/drumstep song “Ragga Bomb”.  Skrillex takes full advantage of the well-known Ragga Twins robotic voice effect, which in turn accents the hype of the MC’s contributions.  Differing from “All if Fair”, Ragga Bomb has a more substantial focus on the Ragga Twins as vocalists rather than the production itself.  Not saying the production is lacking, but it is good to see that he balanced the opportunity to collaborate.

If I had to define this track in one word, it would be “weird”.  But by weird, I do not necessarily mean in a negative way.  This song is glitchy, random and the choice of synths astound me.  Yet, Skrill and Mishka manage to make a beat of it.  As far as the album goes, I’m not sure how this all fits into the impression Sonny was trying to leave in his album, but it is what it is (reference to my disjointed belief).  Not many people will like this song, but it is definitely interesting and something I’m sure he had a blast making.

When I mentioned earlier that Skrillex was showing off his ability to cross over genres, this is epitome of what I meant.  F**k That was an exclusively Skrillex track which surprised me from beginning to end.  By mixing a deep house centred vibe with older british style dubstep wobbles, and his renowned tight snares, Skrillex pulled of an authentic hybrid which really stood out in this album.

Wow.  just…Wow.  I cannot begin to explain the power this track carried.  Using vocals from Niki The Dove’s “DJ Ease My Mind”, Skrillex transforms this song into a roller coaster ride.  The vocals definitely carry emotional attachments, but do not leave out the transitions in vibes which Skrillex is so great at doing.  Breaking it down with the chorus, and building it up with two major drops, Skrillex brings it up, down and around for an experience that myself and many other Skrillex fans have been waiting for.  The change in energy is something that defines this as a true work of art.

Before this album, one of Skrillex’s most recent work was the “Leaving EP”, which Skrillex released for free through his subscription based service “The Nest”.  The EP was dubbed as more experimental, with a mixture of live DJ tools he uses, as well as new directions in genres.  One of the tracks which Sonny took much criticism for was the title track “Leaving”.  Sonny stated that Leaving was taken from an influence of older dubstep and drum and bass artists.  “Fire Away” seems to be where Skrillex left off from Leaving, taking it to a whole other level.  In the track, you can hear influences from not only “Leaving”, but from his scoring in “Spring Breakers”, glitchy yet emotional vocals from our dog Kid Harpoon.  In short, this track is a combination of Skrillex’s experiences and elements he has taken throughout his journey, slammed all into one track.  The slower pace was definitely detrimental to the vibe, but was an auditory journey to say the least.  Definitely a great conclusion.

And there you have it, the much anticipated Skrillex debut album, which has received both positive and negative critique.  On the positive side, it is good to see Sonny’s Skrillex act active after a previously silent year.  The album went in many different directions, appealing to a large portion of EDM lovers with tracks that definitely will be played for years to come.  On a negative side however, I can not help but feel that this album was disjointed in some ways.  With tracks like Doompy Poomp and Coast is Clear, which did not necessarily fit into the album, Skrillex seemed to want to cover many areas of dance music, but in the process lacked the continuity of a complete work traditionally found in an album.  On the brighter side, one could also applaud this intention, due to Skrillex showing his capabilities as a producer covering a wide range of musical areas, and successfully doing so.  All in all, you can not deny Sonny Moore is among the ranks of the best DJ’s in the world such as Avicii and Hardwell, as well as a having a team that can be considered marketing geniuses with a very original and creative way of releasing music.