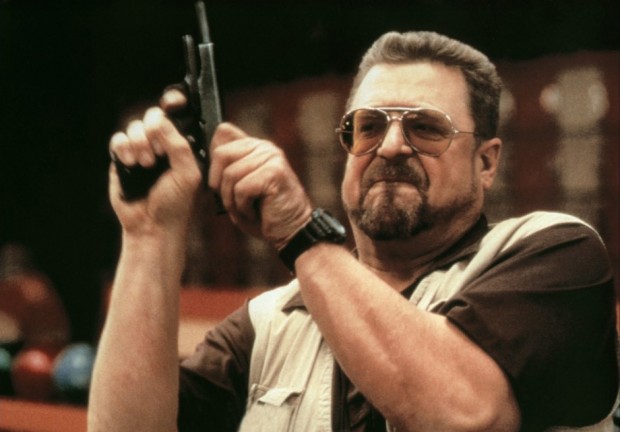 This week on the show I talk about new Star Wars news (of course), the soon-to-be crazy film success of Swedish author Jo Nesbo, my review of The Secret Life of Walter Mitty (spoilers: the cinematography, direction and soundtrack are phenomenal, but most of the jokes fall flat) and why I think Far & Away is a bad movie.

But the big thing I want to talk about here is The Grand Budapest Hotel, and why I’m frustrated living in small communities.

I’m from Orangeville, a small town of about 30,000 people. We have one theatre, which is fine – a Galaxy Cineplex theatre that plays the biggest, newest blockbuster. When I came to Brantford, I was excited – it’s a bigger city, with more people and more to do! Laugh all you want, Toronto city folk – I’m kind of a country guy at heart.

Anyway, here in Brantford, we also only have one theatre – another Galaxy cinemas. While it’s bigger than the one in Orangeville, it still only plays the big blockbuster movies, the ones guaranteed to make the company money. I can’t fault that – theatres are expensive to run and they have to appeal to the greatest amount of people.

But here’s my problem, I’m not the average theatre watching public. Not to sound like an egotistical jerk – I love dumb action movies as much as the next person, probably even more – but I pay a little more attention than the average joe to upcoming and independent movies. And that’s where The Grand Budapest Hotel comes in.

Despite it’s huge and famous cast, director Wes Anderson’s film hasn’t had great traction outside of film circles. His films are more of a cult hit – with super dry, sarcastic humour that appeals to a certain kind of person (cough cough, me).

Despite knowing why it won’t show here in Brantford – I want to watch it! Call this rant just me complaining, but I would love an independent theatre here in Brantford – a theatre that can play the small, indie films that deserve wider attention. It’s my dream to run one of these theatres, with a café and bar attached. It’s a farfetched dream that will probably never happen – like how some middle-aged people dream about retiring and owning a bed and breakfast. But It’s nice to think about, it’s nice to dream, and maybe one day someone will take it upon themselves to bring these kinds of films to an independent theatre. The Brantford Film Group already does a great job, but I want something more constant.

Anyway, that’s my wild, crazy dreams. Maybe one day they’ll come true. Check out some of these other trailers that have come out this week, and I’ll see you next Friday!

Cheers, and have a great weekend!