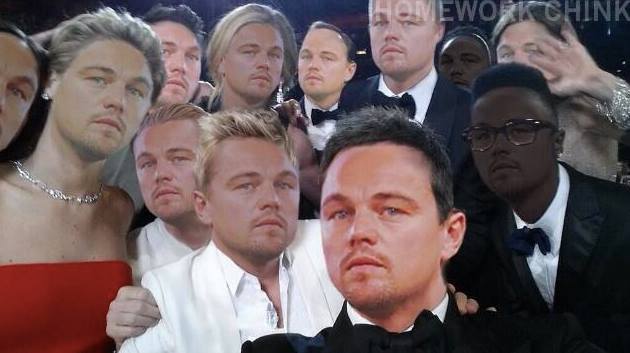 Hi there listeners! We hope you are enjoying or enjoyed the show earlier today. Here are the songs we played:

Best Song Ever – One Direction

Coming of Age – Foster The People

We discussed many things today such as the Oscars! This past Sunday, Ellen Degeneres hosted the event. She was hilarious as per usual, for example by ordering pizza and giving it out to audience members. She even gave the pizza guy a $1000 tip!! Leonardo DiCaprio has been nominated countless times and has never won an Oscar, which we think is AWFUL. Pink was among the performers and she performed “somewhere over the rainbow” and it was phenomenal.

Among the winners of the awards, Gravity took home the most awards. They won 7 awards for various categories. Sandra Bullock didn’t win any awards for her acting in the movie (LOL), all the awards were for the music, scenes and pictures. Frozen, won the best animated film, this is the first win in 14 years for Disney.

One thing that bothered a lot of guests and stars was the fact that Lady Gaga arrived really late so everyone could give her attention. She wasn’t even nominated for anything, nor was she performing.

Also John Travolta presented Idina Menzel and completely butchered her name to Adele Dazeem. So if you want to butcher YOUR name, try it out with this link:

We also discussed how Miley was using a teleprompter for her concert! So apparently she wasn’t rehearsing enough and that makes me (Mia) mad. So here’s a picture so you can be mad too: 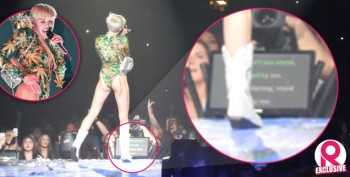 And just for fun, here’s the picture of her kissing Katy Perry, which apparently has been causing fights between the two!! 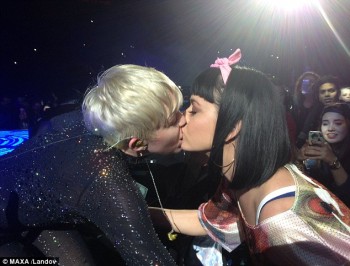 If you ever have any thoughts, questions or comments about us or our show, tweet us @MediaBuzzWLU 🙂

BYE! Tune in next week!!