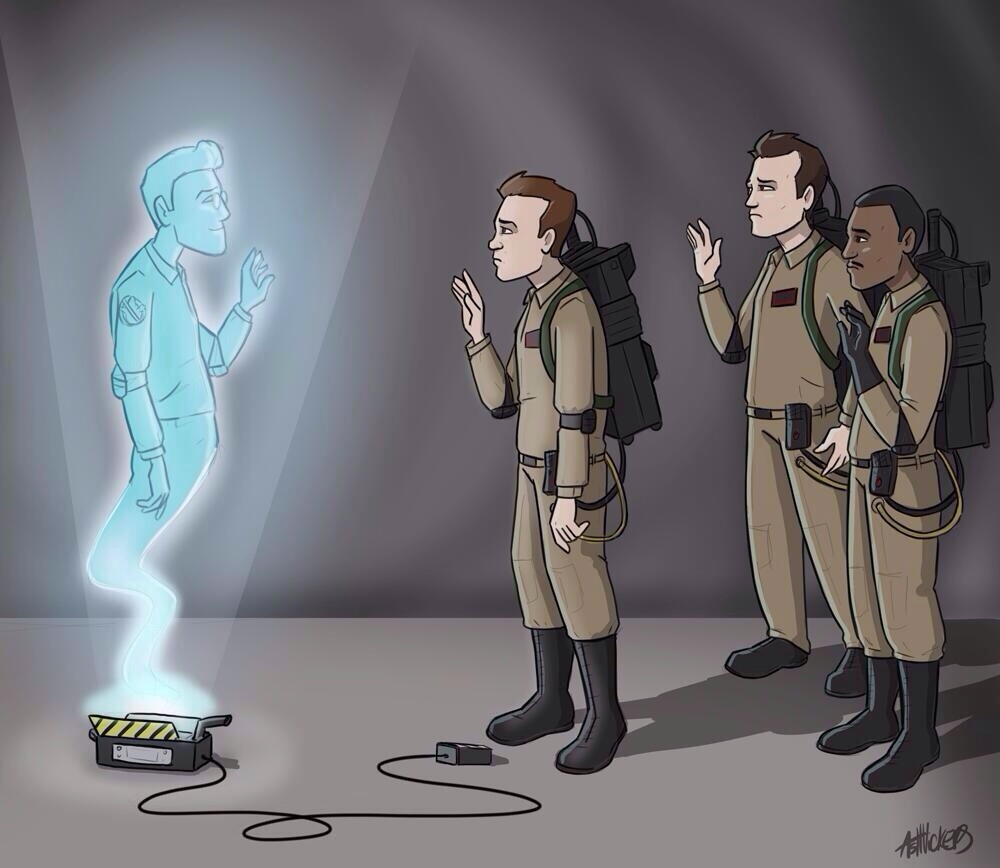 I remember first watching Ghostbusters. It was in the back of a van, travelling up to my buddy’s cottage. Even on the tiny, terrible minivan TV, I loved it. I wanted to watch it again and again, much to the chagrin of my friends. Ever since, it has been my favourite movie, and I can watch anytime, anywhere, and still love it just as much as that first time.

My favourite has always been Bill Murray, ever since that first watch. But as I rewatch the film, I appreciate more and more the performance and talent of Harold Ramis. His super dry delivery is flawless. As you delve deeper into Ramis’s filmography, you really start to see his genius as not only an actor, but as a director and writer. He had a hand in many classic movies, including Groundhog Day, Animal House, Stripes and Caddyshack.
The outpouring on the Internet has been incredible, showing just the kind of influence Ramis had.
(To see the list of gathered tweets, head to my storify story page: http://storify.com/Brennan_Reid/remembering-ramis)
Harold Ramis will live on in comedy and film legend, and he will always be remembered by me for bringing to life my favourite movie of all time.