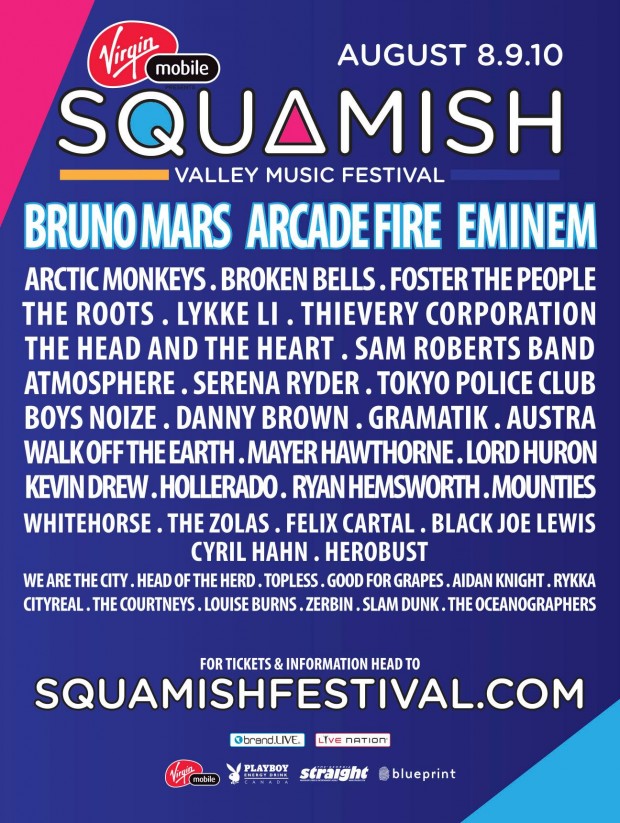 Sorry I have been kind of absent here on my blog. But featured on Festie Hour this week is a music festival that takes place out in our very own west coast shores of British Columbia – Squamish Valley Music Festival. This year will be the festival’s fifth year hosting it with an expected attendance of 35,000 peeps – that is almost double what it was last year!! Camping is an option at this festival as well as shuttles running from Whistler and Vancouver.

With their recent announced line-up, you can expect to see Eminem, Bruno Mars, Arctic Monkeys, and Arcade Fire to be the headliners! (Ow Ow!) A number of other bands were also announced such as Lykke Li, Foster the People, The Roots, Mayer Hawthorne, Ryan Hemsworth, Thievery Corporation, Cyril Hahn, Hollerado, Aidan Knight and so much more! Check out this link to see the lineup!

I hope you all enjoy tonight’s show! Below is my featured line-up: