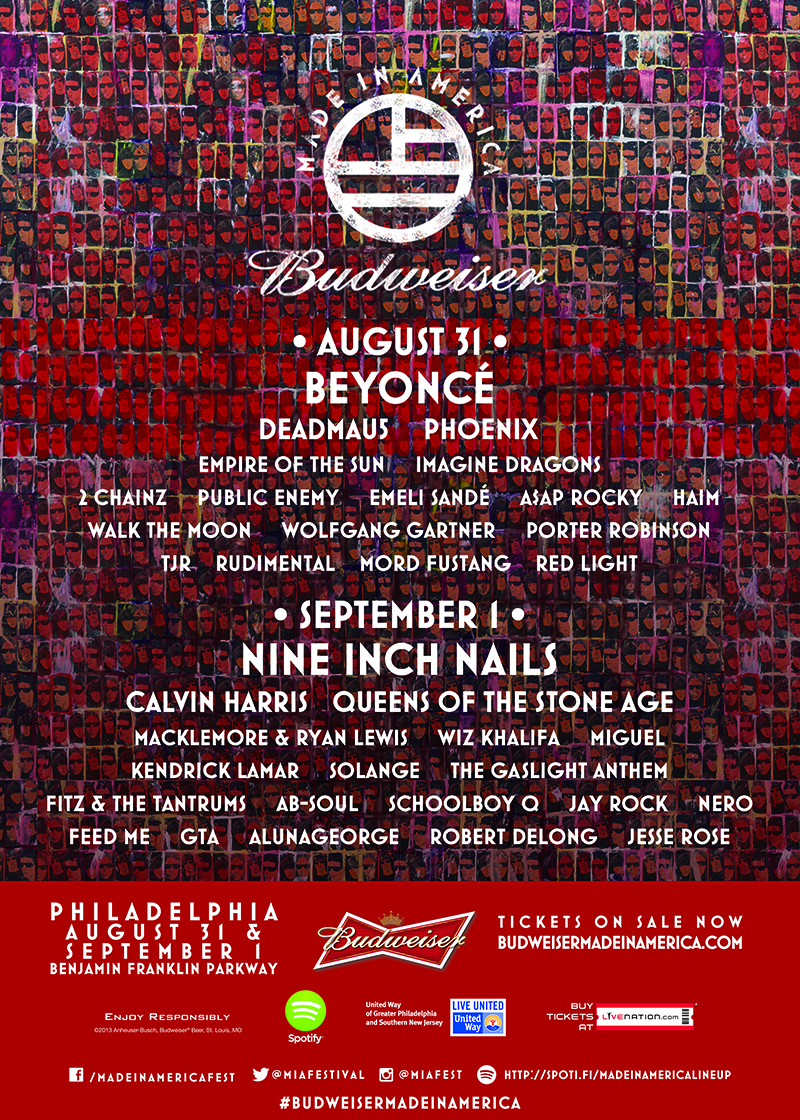 Hey guys! Tonights festival rendition is based on Made In America music festie that is founded by renowned American rapper and God, Jay-Z. If this festival hasn’t caught your ear yet, maybe the line up will? This festival has been around for only two years and takes place in Philadelphia, Pennsylvania and lasts for a good two days. This past year, headliners included Beyonce (obvi), Deadmau5, Phoenix, Nine Inch Nails, Calvin Harris, and Queens of the Stone Age. Unfortunately only having a one hour limit to my show, I could only feature two of these headliners in my lineup, but if you want to hear the whole thing, just YOUTUBE. I loved covering this festival this week because it was so much easier to find live clips for you all to listen. I also enjoyed covering this festival because there was so much genre between all the artists that performed at the festival.
Take a look at the lineup picture and some of the amazing acts that went on over the festival. Also if you really have time, check out the documentary as well that Jay-Z helped produced for the 2012 festival. It’s awesome. Yeee. 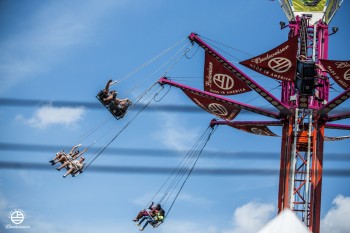