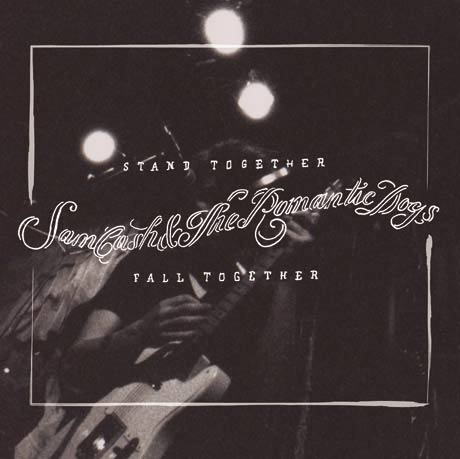 The young Toronto native Sam Cash and band mates titled the Romantic Dogs promise to Stand Together and Fall Together on their newest record. Twenty year-old Cash tells fans this album was written as “ a love letter to Toronto- and to a few girls”. He solidifies this with lyrics that discuss topics of both love and life, which go hand-in-hand with the “loud and scrappy sound” that Cash uses to describe this young rock group.

Some have compared this band to the likes of Elvis Costello, while their sound seems closer to something coming from a high school band performing out of their garage than a group on the trajectory of adulthood. Although moving on from his teens, this album stills presents elements of the youthfulness existing in Cash’s earlier album, titled Teenage Hunger. However, Stand Together Fall Together does provide some worthwhile tunes including “Tall Cool Devil” and “Talk to Me”.

So if you’re looking for an up-beat album to bang your head out to, or possibly a shout out to the Canadian City, then check out Stand Together Fall Together by the local band Sam Cash and The Romantic Dogs … and if not, that’s okay too.