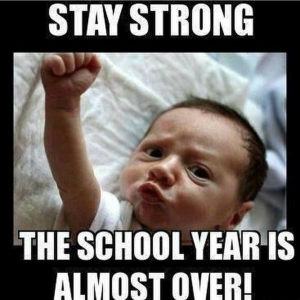 Well well well, we’re finally in the home stretch of this term now! In my personal experience, the Winter term absolutely FLIES by so this was supposed to be the long and dreadful term. And it’s almost done. Wow. The weather’s been back and forth which I personally don’t mind too much because it also means we get some really nice days. I’m a glass half full kinda guy, sue me. We had 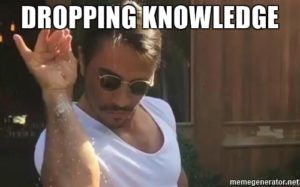 an absolutely packed show, with amazing throwbacks, a very informative interview, wonderful current music, and I dropped so much knowledge (#KnowledgeBae?) in such little time even i’m surprised teehee.

I did make a prediction last week that “Walk on Water“- Eminem & Beyonce’s beautiful little collab, would be in the top 20 by this week and I was proven right: the song debuted at the #14 spot on the Billboard. The top 10 still continues to be pretty stagnant with a couple moves up here and there but nothing really major to note. That said, the AMAs over the weekend were a huge success and Bruno Mars won big! With 7/8 nominations, he basically swept the awards, along with Jusin Bieber, Luis Fonsi, and Daddy Yankee’s Despacito (no surprise there). There were also some great live performances at the award show, including our very own Alessia Cara from B-Town performing her smash hit Stay. Do check it out

Next up, before current music we had an interview with Olivia Vander Vloet, the Laurier Equestrian Team Captain, where I personally learned so much about the sport, how its competed, and how to join. Here are some excerpts of our conversation:

A: “I’m in my 4th year and have been involved with the club since my first year”

A: “You don’t have to have any skills whatsoever to join the recreational team, they do require you to have your helmet and boots, but the barn we ride at is great for beginners. They teach you the basics really well. We have tryouts in September and we look for a safe rider, as long as you’re confident and safe and we’ll take you. There’s 2 types of riding- hunter, where you’re subjectively judged on how you ride, and jumpers, that’s completely based on your time. We do hunter.”

A: “Every team in the zone has to host a show per year, this Sunday is our host show. So everyone shows up and we start nice and early- our whole west zone will be there, all 7 schools- there’s 4 divisions, it ranges in skill level quite a bit. It will be held at Ancaster fair grounds

A: “Spring and Summer most our riders compete in other circuits, but our season generally wraps up around March, that’s when we have finals- you have to qualify to compete at finals, and then we have a banquet in the second weekend of March. Anyone can go to the banquet, to get to compete at finals, the top 6 riders in each divisions for each class are picked”

A: “You can join the club to have fun, or you can join to be competitive. A little bit of both, whatever you like!” Come out to have some fun, make new friends, and guys- since there’s only about 2 in our whole zone, it’s a good chance to meet some girls too” she didn’t wink but I totally want to insert a winky emoji here.

Finally, before we wrapped things up for the day, we had some really big hits of recent times played in the current music segment: with songs like Wolves, Look What You Made Me Do, Despacito, and What Lovers Do, who says good music isn’t made anymore?

I did end off with a message and I’ll reiterate it here as well: “Those who said you couldn’t do it, are watching. Prove them wrong.” Worth a thought. I will have a huge surprise for y’all during my last show of the term next Wednesday, let’s end this party with a bang! I’ll see you guys next Wednesday @10am but for now, DJ Thr0wB@ck out!