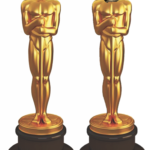 Instagram: @willysworld_2 Facebook @williamsmornings Twitter: @willysworld_2 @willdogg30 With it being award season, we decided to do our own version of some of the Oscars' highest awards, for all-time movies. We're no stranger to blunders on the show, so we feel the pain of the people behind the Oscars confusion last weekend. Expectations were not high for our version. The … END_OF_DOCUMENT_TOKEN_TO_BE_REPLACED

Enjoying our latest US-wide tour immensely, we decided to end the tour on a high note in a high place - namely, San Francisco! That city has always had lots of our fans,so naturally the concert was sold out 1 hour after it was  announced... While it seems to be a no-brainer that it makes no sense to buy cheap stock for short-term trading strategy, there are millions of reasons … END_OF_DOCUMENT_TOKEN_TO_BE_REPLACED