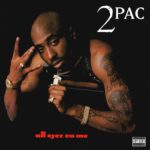 If you’re a comic book fanatic and a hip hop lover, then be prepared for what Marvel has prepared for you. Ranging from all levels of hip hop from Rae Sremmurd to the OG Tupac Shakur, Marvel presented clever covers inspired by poses and album covers from some of your favourite artists! If you don’t already know, this is Marvel’s third batch of hip hop inspired … END_OF_DOCUMENT_TOKEN_TO_BE_REPLACED 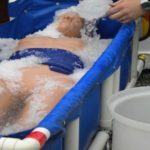 Welcome back from reading week! I hope the break went well for you all and you’re prepared for class. If not… sorry and good luck, I geuss. On to the news! A wizard who came through town cursed me at a young age, and now I have to talk about robots every week or else I’ll die a painful death. So this week’s robot story is fluffy dog tails that robots can use to express their … END_OF_DOCUMENT_TOKEN_TO_BE_REPLACED 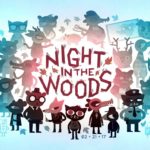 Hey! Listen! Welcome back to Press Start to BGN, Laurier’s gaming show by a bunch of Game Design & Development students here at Laurier’s Brantford campus. The program is very new and so is our show, so for those who don’t know Game Design & Development is headed by Dr Scott Nicholson through the Brantford Games Network or BGN, hence the name “Press Start to BGN” … END_OF_DOCUMENT_TOKEN_TO_BE_REPLACED

ATTENTION ATTENTION: THIS IS NOT A DRILL! Tonight, on The Boiling Point, after a two week hiatus we'll tackle the growing snowball of controversy happening in the United States Presidential administration, complete with an analysis of the most recent scandal around the appointed Attorney General - Jeff Sessions. We'll also recap recent events that made headlines in … END_OF_DOCUMENT_TOKEN_TO_BE_REPLACED

Meghan, who's been a good friend for years and was featured in as many as 7 of our music videos, decided to join us once more, this time while we were touring the San Francisco Bay area. Incredibly talented and well-known for her unique range of voice, Meghan did... While it seems to be a no-brainer that it makes no sense to buy cheap stock for short-term trading strategy, … END_OF_DOCUMENT_TOKEN_TO_BE_REPLACED