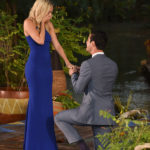 SO the season finale of The Bachelor aired last night and Ben Higgins gave his final rose to one lucky lady but who is it?! Was it Lauren B or JoJo? Ben admitted to being in love with both of these ladies, but in the end he only proposed to one. And the winner is.....LAUREN B! But not to worry all you JOJO fans, the next Bachelorette was announced on Monday during The Bachelor: … END_OF_DOCUMENT_TOKEN_TO_BE_REPLACED 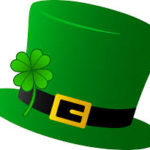 So Thursday is going to be a CRAZY day for Laurier students. St. Patty's Day is the only thing students look forward to for the month of March because it's the day where you and all your friends party outside on the streets of Waterloo. Lot's of drinking, music, partying, and everything a student could ask for especially right after all the midterms have just finished. Remember … END_OF_DOCUMENT_TOKEN_TO_BE_REPLACED 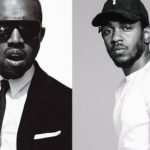 Kendrick Drops a new Album So far, 2016 has not disappointed any rap or hip hop faithfuls. We’ve been spoiled with projects from Kanye West, Rihanna and Future. Now you can add Kendrick Lamar to the list of artists that have released new music. K Dot's new album is a collection of projects he had been working on throughout 2013, 2014 and 2016 which are all … END_OF_DOCUMENT_TOKEN_TO_BE_REPLACED 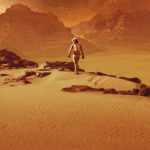 Bermuda Triangle Finally Solved? The recent discovery of craters in the Arctic Ocean have sparked interest as a possible cause of the mysterious disappearances in the Bermuda Triangle. It appears these craters produce gas eruptions that actually have the capability to take down an air plane or ship. While it is not yet known whether or not these craters exist in the Bermuda … END_OF_DOCUMENT_TOKEN_TO_BE_REPLACED