DONALD TRUMP LOSES IOWA On Monday night, it was announced that Texas senator, Ted Cruz beat out Donald Trump in Iowa polls. The results for the Republican Party show that Cruz has 27.6 per cent of the vote, Trump has 24.3 per cent, and Marco Rubio coming in with 23.1 per cent. As for the democratic race, Bernie Sanders and Hillary Clinton practically tie with Sanders … END_OF_DOCUMENT_TOKEN_TO_BE_REPLACED 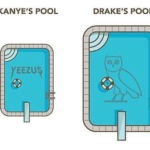 DJ Deej and DJ S-Goods finally reunited, after four weeks apart. The ladies kept it light, discussing Groundhog Day and their plans for the Superbowl. Groundhog Day is a tradition that both girls grew up knowing about, but never really acknowledged or celebrated. Deej renders it useless, since physics dictates that as long as there is any sunlight, there will be a shadow. … END_OF_DOCUMENT_TOKEN_TO_BE_REPLACED