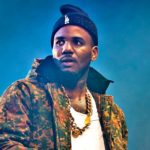 Disc #1 of The Documentary 2 The latest victim of the leak, is Game and disc #1 of his double disc album, The Documentary 2. Normally this is a pretty grey issue depending on your opinion of leaks, but this time we’re just happy to get a head start on this 38 track album. I know others in hip-hop publication would agree, Game really gave us some homework with this one, and … END_OF_DOCUMENT_TOKEN_TO_BE_REPLACED 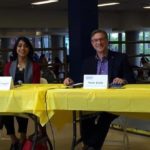