So I am so sorry these blogs seem to be coming out later and later and later and later and I PROMISE that this will not always be the case. First of all I’m one of the biggest procrastinators ever, I really am! (But don’t tell my manager because I think I might have said the opposite in my interview…OOPS) Not to mention it’s August already WHICH IS INSANE but that means that I’m closing out with my summer job which has proven to be more time consuming and draining than expected, but I am determined to get these out faster, better, most efficient and to be served with your order of fries.

AFTER ALL THAT, the Radio Laurier Mid-Week Blog will be on hiatus next week as next week is my birthday….WHOA! Right!

Holy crap there was a lot going on this past weekend! Between Veld and Osheaga, there was a lot happening! Much like WayHome, I didn’t go to any go these festivals, so I don’t have any deets to share myself BUT that’s not to say that Radio Laurier is leaving you out of the know! Our beautiful and talented station manager Meghan Roach went to Veld this past weekend and she blogged about it! Check out here amazing experience here! PLUS we still have our Morning Show host DJ Deej’s take on WayHome up and ready for your reading, you can check that out here! 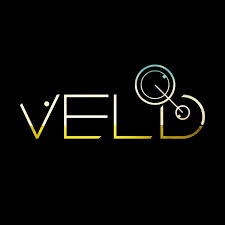 Well then! Lets jump on in, shall we?

Remember Finger Eleven? The guys who are responsible for “Paralyzer”? I remember many a school days when that was the darkest song in my music library…then middle school hit…it all went down hill from there…. WELL this past Friday, July 31st they released a new album titled  Five Crooked Lines. This is their first album out in five years and it was pretty impressive! You can watch the music video for the first single that was released, “Wolves And Doors” here on Vevo!

LUWUM, a band out of Seattle released the newest single from their soon-to-be released-in-August-holy-crap-its-August-where-did-the-summer-go album Places Worn, “The Band“. Confused? Well there’s a band which released a song called “The Band” with it’s band, band, band. Did that clear things up? I thought so! What does LUWUM stand for you ask? I’m not totally sure, but its fun to try to say it as a word, Le-uh-wumn. If you happen to know what it is please comment and keep me in the loop! PLUS look at the photo they released with their single announcement….there’s a cute little cat on it, which basically guaranteed them a spot in this update regardless of how good or great the single was! 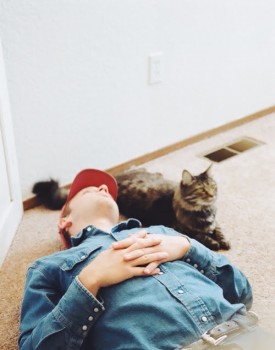 A few weeks ago I listed off a bunch of albums set to release the Friday after my blog goes live and I’m going to do that once again on behalf of Indoor Recess’s Friday Album Releases on August 7th! Here they be:

Gregg Allman – Gregg Allman Live: Back To Macon, GA
This release is a CD AND a DVD release. Between special guest performances, Gregg’s eight-piece solo band and covers this album has tons and tons to offer!
HEALTH – Death Magic
This “electro-punk” album is their first album out since Get Colour out in 2009. I’m not quite sure what “electro-punk” is BUT I can’t say I wouldn’t be willing to find out! (Was that a double negative??)
Heartbeat City – Thunder Amongst Us
Winnipeg’s Heartbeat City’s debut album, Thunder Amongst Us is a 10 song collection of indie-folk-rock music, which sounds really really appealing to me!
Lindi Ortega – Faded Gloryville
Juno Nomini Lindi Ortega’s fourth album is set to release tomorrow with lots of hype, the album is a beautiful showcase of Lindi’s incredible voice!
My last little update is something real quick, Nathaniel Rateliff & the Night Sweats performed their song S.O.B. which is the single released for their debut album on August 21st on Jimmy Fallon the other night, and I’m sure you can guess what that stands for….Either way I LOOOOOVE this song right now and their performance is pretty awesome too! You can check it out here!
That’s all I’m throwing out there for tonight! I’m so sorry this is out late, it’s just one of those weeks! Have a FANTASTIC few weeks and if you’re at Boots And Hearts this weekend, LET US KNOW WE WANT TO KNOW HOW ITS GOING!
Peace Easy Friendships!