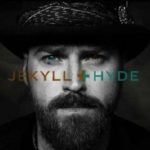 Three-time Grammy winners the Zac Brown Band are at it again with their 8th album JEKYLL + HYDE released on April, 28th 2015. This 16 track album is, in my opinion, one of the best albums they’ve released featuring songs with artists such as Sara Bareilles and Chris Cornell, rhythm guitarist for Soundgarden.   Their JEKYLL + HYDE tour starts on Friday June 12th and has a … END_OF_DOCUMENT_TOKEN_TO_BE_REPLACED