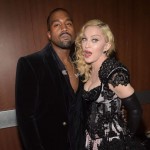 Hiya there media & music lovers! We hope you enjoyed the show today as we always hope but if you didn't catch it then here are some of the things you missed! We brought up the fact that Ed Sheeran got a fan letter from a girl in South Korea with mostly admiring words until she called him UGLY. She forgave him for the way he looked and told him how much of a fan she … END_OF_DOCUMENT_TOKEN_TO_BE_REPLACED 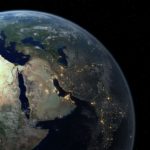 While scrolling through twitter this week I came across this really cool link from BBC earth, you put in your birthday, height and gender and it tells you lots of ways which the earth has changed since you were born, from how much the tectonic plates have moved in comparison to your height to how old you will be when we run out of coal and oil. We talked about how the earth has … END_OF_DOCUMENT_TOKEN_TO_BE_REPLACED