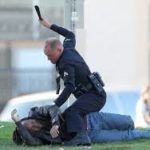 Police Killing Sees Clamp Down on Corrupt Cops Sweeping changes are expected to overwhelm the small community of St. Louis in Ferguson, Missouri. This is against the background of Michael Brown, a black unarmed 18 year old boy who was killed by Darren Wilson. However, the officer has since been cleared by the Department of Justice of all federal civil charges laid … END_OF_DOCUMENT_TOKEN_TO_BE_REPLACED 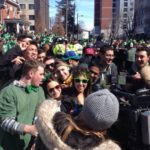 Waterloo gives more money St. Paddies Tent Party Wilfrid Laurier University and the City of Waterloo have increased funds to the St. Patrick’s Day tent party. This is the second year for the event which has been created to try and the traditional flow of people that flock to Ezra Avenue. This funding was increased from 15000 to 2000 over 3600 tickets have been … END_OF_DOCUMENT_TOKEN_TO_BE_REPLACED