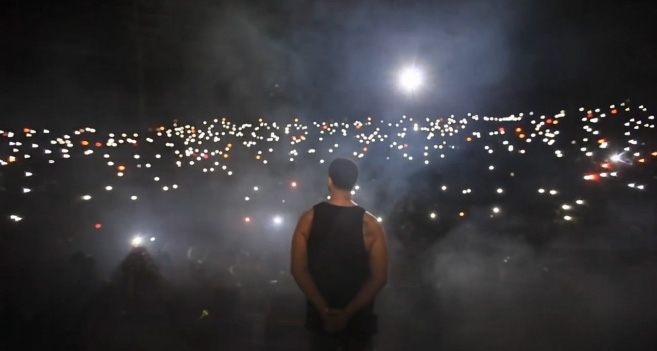 Wuddduupp friends?! Hope all is well with your closing summer days. Summertime sadness. Isn’t that a song? Anyways, we had a super tight show this week. We played some wicked local music and talked about hip-hop live. Anything better? Didn’t think so.

We kicked things off with some realness. This past weekend, I attended OVO Fest in Toronto. In short, it’s Drake’s annual hip-hop festival in which he brings out a plethora of special guests and absolutely turns the city into a rap riot. It’s fun. Anyways, he performed a song I had previously deemed “just okay”. The song is called ‘Days in the East’ and at first listen, I wasn’t blown away. After having it grow on me for a few months, I started to like it a bit better, but still not in love. On Monday night at the Molson Ampitheatre, Drizzy performed the track and.. well.. it total changed my opinion. Having it performed live in the city that it’s about allowed me to find a deeper appreciation for the song. And guess what?! I have had it on repeat ever since. Funny enough, this happens a lot for me.

Tracks like ‘On Sight’ by Kanye, ‘Taylor Gang’ by Wiz Khalifa and ‘U Don’t Know’ by JayZ had me buggin’ at first listen but when seen live… they are now my favorite tracks. Has this ever happend to you guys? Let me know on Twitter but in the meantime, peep the video below of Jay-Z performing ‘U Don’t Know’. Just try and tell me that you aren’t considering it being your wedding song.

We switched gears a bit and dropped some fresh new music from a new hip-hop duo coming out of TDot. They are called 390waterTrash. Strange name, but strong songs. They have a unique 90s boombap, sample heavy sound that knocks thru any speakers. They are consistently dropping new music every few weeks and plan to hit the underground circuit real soon. They rap about everything from turning up, to girls, to recycling. True story. Check their track below and let us know what you think!

Well, that’s all from us. Check us out next week same time, same place.